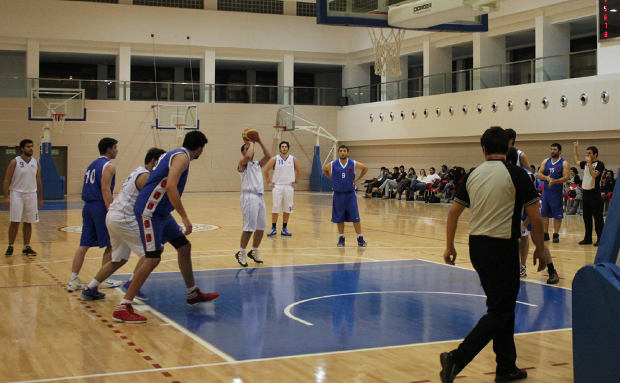 The annual Ayva Cup interuniversity basketball tournament was held Dec. 23-27 on the Bilkent, Hacettepe and METU campuses. Men’s and women’s basketball teams from these universities, along with Başkent, played for the cup.

The Ayva Cup games serve as a preliminary to a larger interuniversity tournament that will include not only the Ankara teams but rivals from İstanbul as well. The finals will be played in the spring of 2014 in İstanbul, and will include teams from Koç, Özyeğin and Sabancı universities.

During the tournament, Bilkent News spoke to the captains of the some of the participating teams and asked them for their thoughts about the Ayva Cup.

“This tournament is a way for us to prepare for the finals in the spring. I think we’ll be the champions at the end.”

“We love the Ayva Cup, since it helps us to get ready, and we’re enjoying the tournament more since the host team system has changed this year. It’s great to play at METU in front of our home crowd.”

“We have a good team composed of good players. These players were professionals in the past, and, thanks to this tournament, they can continue to play.”