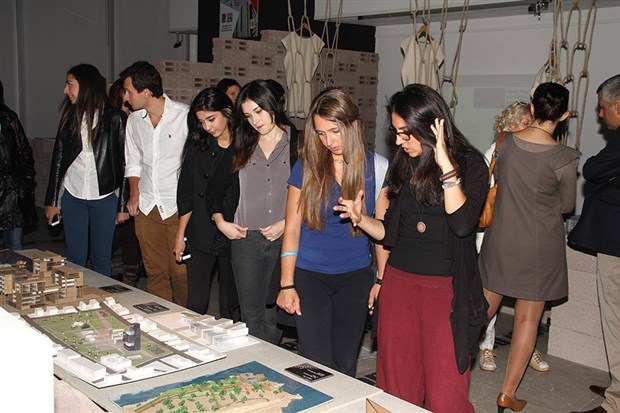 The Department of Architecture represented Bilkent University in a unique exhibition held by the Turkish Architecture Association,  TSMD (Türk Serbest Mimarlar Derneği). The exhibition, called “Steps 2014: An Exhibition of Architecture Students’ Projects,” featured works by students at the seven architecture schools in Ankara (Atılım, Bilkent, Çankaya, Gazi, METU, TED and TOBB). It was sponsored by Tepe Betopan and took place September 17-23 in the “Arka” Architecture Center. 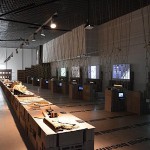 The purpose of the exhibition was to allow architecture students from different schools to interact, thus contributing to the field’s educational endeavors and network in Ankara. It was also intended to celebrate the progress of all of these schools. The reception for the exhibition was held on September 20, during which a plaque was presented to the department by TSMD.

The projects on display were those of second-, third- and fourth-year students. Since Bilkent’s department was the youngest among those participating in the exhibition, with its first students now entering only their third year, it was represented by second-year projects and photographs of the students at work. The projects were displayed by means of models and jury boards.