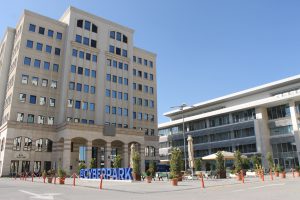 UBI Global, founded in 2013 in Stockholm, Sweden, to identify and connect hubs of innovation worldwide, today facilitates a network of many hundreds of incubation programs in a large number of countries. The organization collects data on incubation programs operated by academic and commercial institutions and analyzes their performance, ranking them in its annual World Benchmark Study. The results of the study are announced at the yearly summit, which also features talks, panels and workshops on relevant topics.

At this year’s summit, UBI Global revealed the best-performing business incubators and accelerators among the 364 programs from 82 countries ranked in its 2019–2020 World Benchmark Study, with awards presented in three categories, by region: World’s Top Program; Most Promising; and Top Challenger. Bilkent received the award for the Europe region in the Top Challenger category, which recognizes university-linked incubation centers on the basis of their programs and achievements.

In accepting the award on behalf of Bilkent Cyberpark, the center’s general manager, Faruk İnaltekin, stated, “The prize we have received will only motivate us to strive for even greater success in our endeavors.”