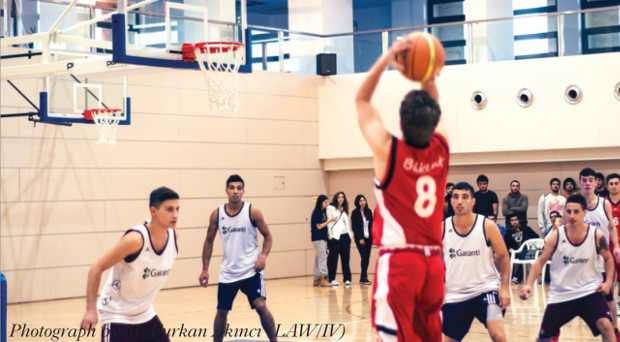 The Bilkent men’s basketball team has started to practice for their first league group matches in İzmir.

The games will take place from April 19 to 23. The Bilkent team will be competing against Celal Bayar, Muğla, Ege, Dokuz Eylül, Yaşar and Izmir Economy universities. The team ranking first in the group will qualify to play in the super league.

Bilkent News has talked to some of the team members, asking how they feel about the team and what they expect of themselves at the tournament.

We’re very excited about playing in Izmir because it will be our first tournament out of town for a while. We’ve started to practice for the tournament, and I hope my teammates and I will have a great time and qualify for the super league next year.

I believe we have great players on our team. All we need to do is to get these players together and become a great team. If we continue practicing, there’s no doubt we’ll achieve this. By becoming a great team, we can definitely get good results in Izmir.

The team atmosphere we have is one where we not only work hard, but also have a great time while practicing. The friendship among the team members is a real joy, and I can be sure that I have both successful teammates and good friends. We’ve been training hard all year to achieve victory. There will be some tough teams at the tournament, but we’ll represent our university as well as we possibly can in order to win the title.