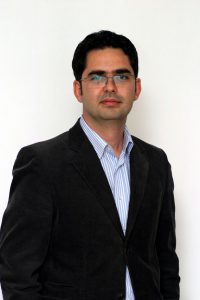 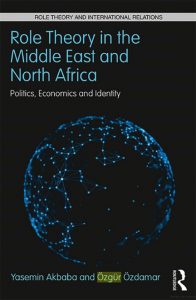 Assoc. Prof. Özgür Özdamar of the Department of International Relations has coauthored a new book, titled “Role Theory in the Middle East and North Africa: Politics, Economics and Identity.” Published by Routledge, it explores how Arab uprisings have changed foreign policies of Egypt, Iran, Saudi Arabia and Turkey. The book’s other coauthor is Assoc. Prof. Yasemin Akbaba of the Department of Political Science at Gettysburg College in the US.

The publisher’s description of the book follows:

“Since December 2010, a series of uprisings, revolutions, coups and civil wars have shaken up the Middle East and North Africa region. In this chaotic political environment, several countries have been trying to influence this regional transformation. The implications of this transformation are of great importance for the region, its people and global politics.

“Using a rich combination of primary and secondary sources, elite interviews and content analysis, Yasemin Akbaba and Özgür Özdamar apply role theory to analyze ideational (e.g., identity, religion) and material (e.g., security, economy) sources of national role conceptions in Egypt, Iran, Saudi Arabia and Turkey. The authors take a closer look at the transformation of these four powers’ foreign policies since the beginning of Arab uprisings, with a specific focus on religion. Each case study is written to a common template, allowing for clear comparative analyses.”