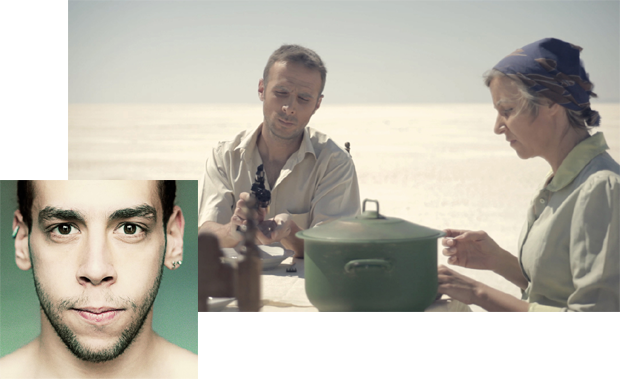 Güçlü Aydoğdu’s (COMD/’11) short film “Hunger” is set to be shown at five international film festivals. Güçlü graduated from the Communication and Design Department as valedictorian in 2011 after completing his undergraduate studies in three years. “Hunger” is the first short film he has directed since graduating.

The shooting of “Hunger” took place in autumn 2012 at Lake Tuz in Central Anatolia. It took one day to finish with a crew of 15 people, most of whom were Güçlü’s peers from COMD. The completion of the full movie, with the addition of sound and montage, took until January 2013. The sound aspect of the movie was done by COMD Instructor Ufuk Önen, who teaches the Sound Design course in the department.

The film is 2 minutes 16 seconds long. For the creation process, which included filming and editing, there was no external budget. However, an internet campaign was launched afterward for financial help to apply to festivals. This enabled the makers to apply to many international film festivals.