Electronic Landscapes: An Introduction to Autechre

29 April 2019 Comments Off on Electronic Landscapes: An Introduction to Autechre

The greatest quality of music, alongside its power of delivering ideas and emotions, is that it is immortal. Music never quite dies. Even if the performances or recordings may decay or vanish over time – at this point, you might imagine the recreation of a Sumerian piece wandering around YouTube  – the content and the stories that music carry have indefinite longevity, since this art is strongly tied to our higher consciousness and memory as humans.

This particular feature of music leads me to question how it has evolved. When I look at the past fifty years of pop music or the last few hundred years of classical music, the evolution is apparent. Then I ask a question like, “What was the music of ancient times like?” or “What will the music of tomorrow be like?” Though I believe we can only speculate about the first query, I think we can get a glimpse of the answer to the latter.

The current trend in music is obvious. Ever since the first synthesizers were invented, musicians have been incorporating electronics into all aspects of their work, both at the recording panel and on the instrumental side. Even the most fundamentalist metalheads are seeking inspiration from electronics. Therefore, I believe there will be many electronic styles out there through the rest of the century. However, this still doesn’t answer the question, “What will it be like?”

The closest answer I can find is Autechre’s music. This duo, consisting of Sean Booth and Rob Brown, has since the ’90s been creating something that appears to most resemble what the music of the future will be. As a science fiction fan, I imagine their music as the soundtrack of Asimov or Clarke novels. 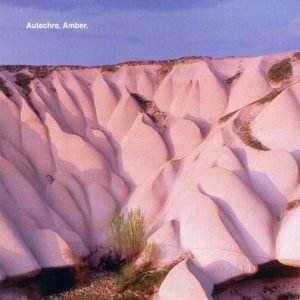 Autechre’s music has its own characteristics, from which their ever-so-different tracks emerge. The first such characteristic that comes to my mind is their use of melodic percussion. This is very surprising to the average listener, because it adds a different layer of melody for the listener to process. The second characteristic is the use of very complicated beats, as the duo tends to sample or create very unstable and long rhythmic patterns. The third is their experimentation with sound synthesis, since they experiment primarily with cold, sharp sounds. Anyway, whatever they do, they produce tracks that are otherworldly. Whenever I listen to them, I feel like I’m being dragged away from the outside world.

Autechre’s music can and will be overwhelming for newcomers. I believe that a clear guide is a must to fully enjoy their music and their experimental mindset. What would you expect from two guys who produce a track (“Drane2”) just as a rejoinder to Aphex Twin? Anyway, here’s a guide I’ve compiled to Autechre albums:

1. Incunabula was Autechre’s first album; it contains many of their best-known works. I suggest the entire album, but if I had to choose specific tracks, they would be “Bike,” “Lowride” and “444.”

2. Amber, the duo’s second album, is arguably the one that’s easiest on the ears. Again, I would recommend the entire album, but to get the essence of it, I suggest you listen to “Yulquen,” “Nil” and “Teartear.”

3. Exai marks the point where Autechre’s work became a sort of abstract entity that exists outside the boundaries of music. Although this album is difficult at the first listen, it becomes likable if you get to know it. Recommended tracks: “Fleure,” “bladelores” and “cloudline.”

4. Draft 7.30 reminds us the duo are not (yet) cyborgs. Recommended tracks: “Surripere,” “V-PROC” and “Xylin Room.” Fans of Richard James should like this.

5. LP5 is one of the duo’s creative peaks, and is also critically acclaimed. It features powerful tracks such as “Arch Carrier,” “Drane2” and “Under Boac.”

To conclude, one of the possible futures of music lies in the recordings of Autechre. The duo put an insanely dense effort into their artistic creations, which should be discovered rather than relegated to the shadows. Their sonic experimentation and artistic approach are one of a kind and have been and should be seen as a guide for future music makers.