22 December 2020 Comments Off on For 24 Hours Nonstop, Paso Film Festival Livestreamed to a Global Community

“When you get lemons, make lemonade,” the saying goes, referring to the ability to salvage something good out of a bad situation. The Bilkent Department of Communication and Design did just that during this year of pandemic: rather than cancelling its annual Paso Student Film and Digital Media Festival, it remade it into a very special live online event.

The department has been holding a student film festival for 20 years. Dubbed “PasoFest,” in reference to the student pass used on public transport in Turkey, the festival became the first of its kind in the country when in 2000 Bilkent’s first COMD students put out a call for student filmmakers to come together in order to screen and discuss their works. During the two decades since, the technology available to students in Turkey for producing films and digital media has gone through many changes. 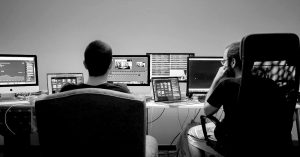 This year, Paso celebrated its 20th anniversary by offering a 24-hour livestream of film screenings, interviews, performances, workshops and even yoga sessions, connecting guests from Ankara to Melbourne to New York, Berlin and Stockholm in real time. Organized in collaboration with the Ankara Goethe-Institut (the local branch of Germany’s globally active cultural institute), the festival started on Saturday, December 12 at 12:12 p.m. and continued nonstop on the YouTube and Zoom platforms until 12:12 p.m. the following day.

Despite the conditions imposed by COVID, the organizers of Paso XX hosted an educational and festive program celebrating student achievements and inviting a response from the Bilkent student community; the motto of the festival was “Together we stream!”

Highlighting the fact that streaming, which can take place anywhere, anytime, has at least for the time being become the new cinema, the festival organizers focused on presenting select films and media works and also offered master classes, seminars and workshops on various aspects of media production. In addition, they sought international collaboration to create media projects for the event.

Most notably, Paso XX used the advantages of online platforms to bring a global community together. The audience members (with those in Turkey being under curfew that weekend) were able to interact online with short-film directors and industry professionals from all around the world by means of live comments, tweets and question-and-answer opportunities. 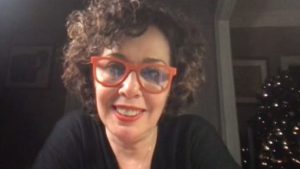