This week I have three Norwegian bands on the menu for you, all of them quite extraordinary dishes – sorry, I mean bands.

The Samuel Jackson Five (SJ5) is a post-rock band. They have the mellow guitar sound typical of post-rock, and their songs are mostly instrumental, which is again a post-rock signature. They sometimes use violins, cellos and even the theremin, generally played by guest musicians on their albums.

As you can guess from their name, they have a sarcastic nature. I was really lucky to see them live about five months ago in Ankara when they performed at Voodoo Blues. It was a great gig, and I had nearly two hours to chat with them. Along with being great musicians, they are also very modest. Interestingly, they have really different tastes in music, but when they are on the stage as SJ5, they are in perfect harmony.

“Michael Collins Autograph” and “So Many Cowboys, So Few Indians” (again a sign of their sarcastic nature, combined with criticism) are nice songs for getting acquainted with SJ5. 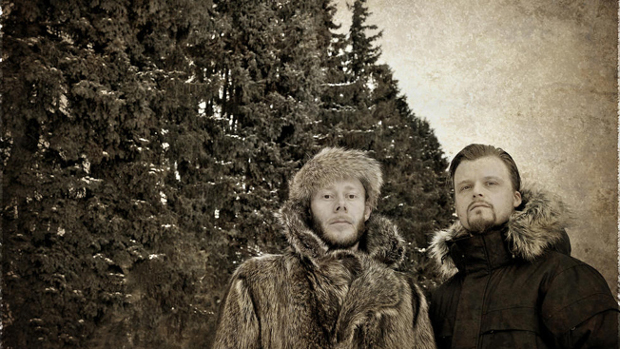 The Norwegian avant-garde duo Solefald (an Old Norse world for sunset) is considered to be one of the most innovative bands to mix black metal elements with many different styles, opening new horizons for their successors. Actually, in most of their songs one cannot really find traditional black metal sound, and that is  why they are generally referred as a post-black metal/avant-garde band.

Their debut “The Linear Scaffold” started a new trend within the extreme metal scene. They introduced avant-garde elements to the genre with their never-ending experimentation. The band members, Cornelius Jakhelln and Lars Are Nedland (Lazare), have played with many other bands. For example, Cornelius has a solo project called G.U.T., while Lazare has been playing with Borknagar since 2000.

“The Linear Scaffold” would be a good  choice  for new listeners. 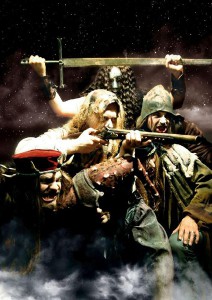 Arcturus has a style similar to Solefald’s at first glance. However,  I would say that Arcturus is less experimental but more progressive compared to the avant-garde duo. Their original line-up features band members from Ulver together with the drummer Hellhammer (Jan Axel Blomberg), whose name can be encountered quite often in the black metal scene.

— has been replaced by Simen Hestnæs (ICS Vortex) in their latest one, “Sideshow Symphonies.” Interestingly, Garm was also replaced by Vortex after his appearance in Borknagar’s first two albums.

If you ask me, their best work is their second, “La Masquerade Infernale.” But specifically for new listeners, I recommend “Alone” (the lyrics of this song are a poem by Edgar Allan Poe) from that album and “Nightmare Heaven” from “The Sham Mirrors” — both Arcturus classics.

Now, as a dessert, I ought to make some concluding remarks. One thing I want to emphasize is that so many genre-bending bands have come up from Norway, like Solefald and Arcturus. The list can be continued with Ulver and many others. Also, I consider SJ5 an underrated band; I think they would be more famous if they were American. But of course being famous or popular does not have any importance in terms of musical quality, and in fact these things usually have a negative effect on the music itself. So I want to say “hail to Norway” once more. I hope you’ve enjoyed the meal.

In the following weeks, I plan to talk about the jazz/fusion movement in the early 70s.