How & Where They Write: Sübidey Togan

10 March 2014 Comments Off on How & Where They Write: Sübidey Togan 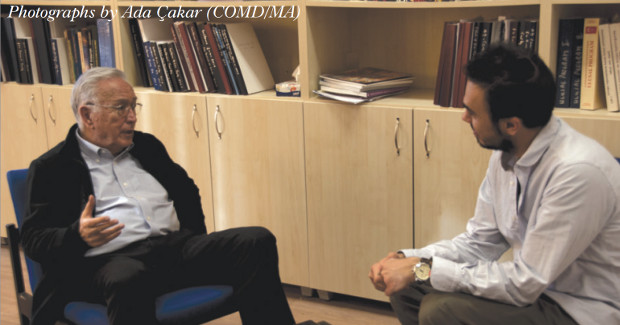 Alp Rodoplu: Do you enjoy writing? Do you ever find it difficult?

Sübidey Togan: Writing is very difficult unless you enjoy it. But first, you have to find a topic you enjoy studying, and you need to have something to say. My father was a professor of history, and what I had seen at home growing up was my father studying most of the time. Growing up in such an environment is probably why I find writing enjoyable. But you can’t enjoy writing all the time; it’s frustrating at times, because you have to do the homework and do the reading, and you should have a fair idea about what is going on in the world. This requires more than a bit of effort!

AR: One thing that interests me is whether and how family members relate to each other when it comes to writing, and such a question is appropriate in your case because not only your father, but your entire family seems to work in academia. Do you ever talk about writing with them? 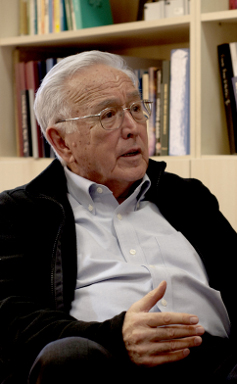 ST:  Well, if my father had been a shopkeeper, probably I would also have become a shopkeeper. You do what you are exposed to, and the family is the closest thing you see. My son, Emre, also does the same kind of thing, though he doesn’t write books but articles. So it must affect the children. My father was a historian; I’m in economics; and Emre does applied physics. There are similarities, but because of the disciplinary deviations, it’s difficult to discuss issues in detail.

AR: Let’s talk a bit about the process of writing. When you sit down to write, do you know exactly what you are going to say? Or does it evolve as you write?

ST:  The main issue is the question you are trying to attack. For example, I learned a lot while writing “Turkey: Economic Reform and Accession to the European Union.” This book covers a large range of issues relating to Turkey’s accession negotiations with the EU, and I didn’t know it would be such a complicated task. So, when you finish writing a book such as this one, you probably know more than you did before you started writing it.

AR: Do you ever get stuck while writing? If so, what do you do?

ST: Well, the key is doing your homework. There is a large literature on any question that you may have, which you have to go through and try to understand. Perhaps this is frustrating at times, because going over all the issues is a time-consuming process, but it’s very important. In addition to this, you then have to say something new, and that is also challenging in itself. But as long as you enjoy it, it’s fun.

AR: So, if you do your homework well enough, then writing is easy?

ST: Well, it’s easier; because as a result you more or less know what you’re going to say. The problem then is how to say it, and writing has its own problems; but overall, it’s easier once you do the preparation. However, when you start writing the book, you usually realize you still don’t know the issues well enough, and then you have go back and learn more about them, especially in order to be able to add something to the existing discussion. In the end, writing is challenging. Once you do the homework, you know what to write, but you need to develop the ideas to be saying something new.

AR: Where do you write? Here, in your office?

ST: Usually at home in my study, where I have my library. The computer makes it is easier for those in my field to work from home. Writing in the office is more difficult, because of the distractions. I can concentrate better at home, so it’s a better place for me to write.

AR: Do you use the computer? Pen and paper? You have been in this business—as it were—for a long time, and must have seen the evolution of the technology available.

ST: When I was working on my PhD, I would take notes and then type them on the electric typewriter. Then came computers. Once you get used to the computer, things become really easy. For one thing, you can erase what you write, which was not possible with the typewriter.

AR: Do you have any rituals before or after, perhaps while you write?  Listening to music? Coffee or tea?

ST: Coffee and tea during the day, and I usually work during the day. Music is also nice, so long as it doesn’t become a distraction. Around 6 o’clock, I usually stop—by that time, one gets tired, and it’s time to relax.

ST:  Oh yes, walks are nice; but not during the time you are at home working on an issue. And doing sports is also a very good way to keep the mind fit.

ST:  You get used to one language. For me it is simple to write in English, and I enjoy having command over the terminology. The same could be said for Turkish, but sometimes finding the terms poses difficulties. Publishing in English allows you to reach a larger audience, which is another reason to prefer English.

AR: You have published books, articles and other kinds of academic writing. How does the writing of these differ?

ST:  When you are young—at least in the case of economics—you most often concentrate on particular aspects of the discipline and write articles on specific issues, in the case of which, the challenge is to produce something publishable. Writing a book is quite different, because you cover a more general subject in a book. This requires more work than is the case with an article, and often a different kind of research. You are also trying to reach a larger audience with a book.

ST: Writing book reviews is also difficult, because you have to know the topic, and even when you disagree with the contents of the book, you have to write it in a nice way so that the author doesn’t get embarrassed.

AR:  In some of your books, you collaborate with others. How does writing with a colleague or colleagues work?

ST: That was the case with “Turkey: Economic Reform and Accession to the European Union.”  There are many important economic aspects of the accession process, and it is impossible for just one person to properly cover them all. If you succeed in persuading people [to work with you], then you bring in those who are more knowledgeable on various aspects and produce a publication together. However, you also have to know about the problems to be addressed in order to know the people to approach. This adds to the overall work to be done for the book.

AR:  And lastly, is there any further advice you would like to share with aspiring writers at Bilkent?

ST:  When you are young, attempting a book could prove too ambitious. I would advise you to concentrate on certain issues and write articles at the beginning of your career. Get published first. Concentrating on articles should then be switched to writing books at some point; because, for example, in most American universities, when academics go for a promotion, they are asked to have had a book published.