Journey to the Center of the Grunge

Our journey starts in the mid-80s. As opposed to the general misconception, the founders of grunge were neither Nirvana nor Alice in Chains, Pearl Jam or Soundgarden. Actually, it’s really hard to point to a single band and say they were the first grunge band, since there were many of them.

Melvins, Malfunkshun, Skin Yard, Green River and Screaming Trees can be said to be the founders of grunge. Although none of them were pure grunge bands, they were the bands that either ignited the grunge scene or influenced such legends as Nirvana, Alice in Chains and many others.

Melvins, for instance, was a sludge/doom metal band, but they were one of the biggest influences on many grunge bands. Green River, after releasing their debut “Rehab Doll,” disbanded. Mark Arm continued his career with one of my favorite grunge bands, Mudhoney, while two of the remaining members (Jeff Ament and Stone Gossard) were joined by Eddie Vedder, Mike McCready and Dave Krusen to form Pearl Jam. 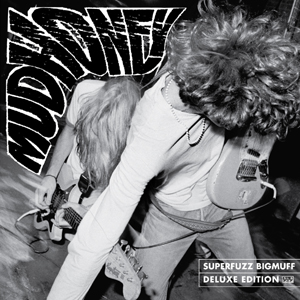 Skin Yard and Malfunkshun are even lesser-known bands from among the five. Malfunkshun frontman Andrew Wood also sang for Mother Love Bone’s debut, but unfortunately died from an overdose just before the album was released. Chris Cornell, together with Pearl Jam members, formed Temple of the Dog in memory of Andrew Wood; Alice in Chains’s famous song “Would?” was also written in memory of Wood. I guess the most famous band among them was Screaming Trees, with Mark Lanegan as the frontman. It would be fair to say that Mark Lanegan was one of the most inspiring figures not only in the grunge era, but also in the music movement in the 90s.

Now we can move on to the classical era, corresponding to the early 90s, when Mudhoney, Nirvana, Alice in Chains, Soundgarden, Pearl Jam, Stone Temple Pilots and all the other more famous grunge bands entered the scene. In the first years of the 90s, grunge was already very famous, and the big four of grunge, Nirvana, Alice in Chains, Pearl Jam and Soundgarden, were at their peak.

The grunge scene also made it into the movies in those years, finding a place in soundtracks and even more, as for example in the movie “Singles,” which is at first glance a standard romantic comedy but takes place in Seattle and features the grunge atmosphere. Alice in Chains and some other grunge bands even took part in the movie performing live, and of course the whole soundtrack is full of music by grunge bands.

Before leaving the classical era, I want to talk about Mark Arm. He was one of the two frontmen, together with Mark Lanegan, who influenced Kurt Cobain. Musically, Lanegan seems to have inspired Cobain more, but Mark Arm had a greater impact on his stage image and style.

Finally we are in the last era, aka the post-grunge era. With the death of Kurt Cobain and the drug addiction problems of many of the frontmen, along with the rise of alternative rock, as of the second half of the 90s grunge was no more. But some producers, having witnessed the previous success of grunge, started to create Nirvana clones in the hope of accessing similar profits. Please don’t be misled by my calling them Nirvana clones. There are actually really good post-grunge bands, and even some of the “clones,” such as Silverchair and The Vines, are also very good. Bands like Foo Fighters and Audioslave emerged from the other common trend of the period: the merging or continuation in some way of the previous grunge bands under different names by the remaining band members.

In concluding, I should cite the great British comedy series “Mighty Boosh” for inspiring me to come up with the title for this column, which refers to the episode called “Journey to the Centre of the Punk.” Although grunge is not alive anymore (Alice in Chains has released two beautiful albums, one in 2009 and the other this year, but these albums are closer to stoner and sludge than grunge), being a bit old-fashioned I still can’t stop listening to it, and in my humble opinion it is the best genre that has come along in the last two decades, post-rock/metal being the runner-up.