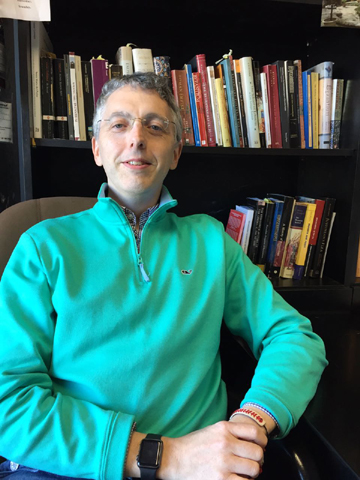 Assoc. Prof. Luca Zavagno of the Department of History has been awarded a Newton Mobility Grant by the British Academy (UK). With this year-long grant, he will give lectures at the University of Leeds and Birkbeck, University of London, as well as organize a workshop at Bilkent University. The workshop will host guest lecturers from British and Turkish universities and also from local institutions like ARIT (the American Research Institute in Turkey) and BIAA (the British Institute of Archaeology in Ankara).  Medievalist Chris Wickham will be the keynote speaker.

A scholar in the field of Byzantine history, Dr. Zavagno will be focusing his grant project on the Mediterranean insular system and islands. He aims to overcome the common idea that the large islands of the medieval Mediterranean, such as Sicily, Cyprus, Crete, Malta, Sardinia and the Balearics, served only as strategic and military bulwarks or peripheral outposts along the Mediterranean frontier between the Byzantine Empire and medieval Islam. He demonstrates that these islands instead acted as sites of cross-cultural encounters and as political and economic poles of attraction from both sides of the Mediterranean religious divide. The project will include lectures, workshops and roundtable meetings.

Dr. Zavagno has recently published an edited volume, “People and Goods on the Move: Merchants, Networks and Communication Routes in the Medieval and Early Modern Mediterranean”; his latest work, “Cyprus Between Late Antiquity and the Early Middle Ages (ca. 600-ca. 850): An Island in Transition,” will be published in June 2017 by Routledge.