07 October 2019 Comments Off on Lust, Murder and Photography: “Blow-Up”

Bilkent Cinematics will be screening Michelangelo Antonioni’s thrilling and highly influential film “Blow-Up” on Thursday, October 10 at 6 p.m. in FB-309, following which a discussion of the film, led by faculty members Hossein Dabir and Jeffrey Doonan, will take place. 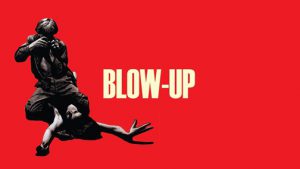 Come and watch Antonioni’s iconic psychological mystery set in swinging-sixties London – a journey through the lens into the mind of the photographer.

“Blow-Up” was awarded the ultimate prize at the 1967 Cannes Film Festival and made a splash with audiences around the world, among photographers and non-photographers alike. The controversial film juxtaposed the edgy photography of the street with the staid environment of the studio, becoming iconic for the way it explores photography as a way of documenting, experiencing, and questioning life itself.

As with all Cinematics film screenings, the movie will be shown in its original language (English), with English subtitles; everyone is welcome to attend, and snacks and beverages will be served.