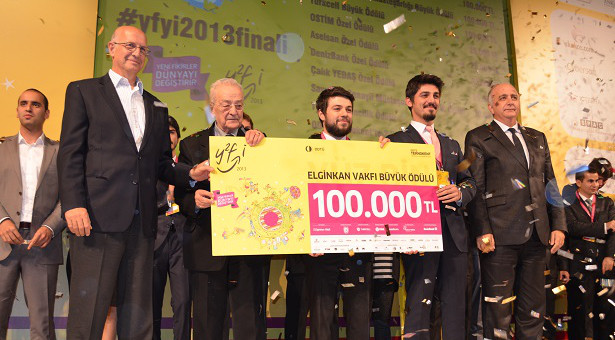 Approximately 1,200 projects were submitted to the competition, where they were grouped into three categories.

In this project, autologous anti-tumor antibodies, discovered during Şükrü Atakan’s  PhD work in Dr. Güre’s laboratory, are used to enable early diagnosis of SCLC. The YFYI jury found this diagnostic kit so promising that they awarded the project first prize in the competition’s general category, and PRZ Biyoteknoloji received the ELGINKAN Foundation’s top award of 100,000 TL.

Alper is currently supported by a grant from the Teknogirişim Sermayesi Desteği program  of the Ministry of Science, Industry and Technology to establish a company and develop a kit for the same purpose.