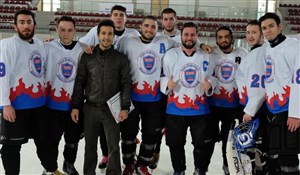 The Bilkent men’s ice hockey team has finished competing in the group stage of the Turkish University Sports Federation Ice Hockey Championship Tournament, which took place in İzmir on February 17-21. By coming in second in its group, the Bilkent team earned the right to play in the finals, to be held in Erzurum later this month.

In the third game, against Hacettepe University, Bilkent faced an uphill battle after falling behind in  the first period. However, the team managed to turn things around in the second and third periods, and a critical game ended 7-5 in Bilkent’s favor. That victory turned out to be the more critical when Bilkent went down to defeat by METU in their last group game, by a score of 7-0.

Ege University ended up ranking first in Group İzmir, with Bilkent second by virtue of their two wins. The first- and second-ranked teams from each group will go on to play in the championship finals, to be held in Erzurum at the end of the spring season.

In the finals, senior students Burak Aksoy, Alperen Alparslan and Berkay Arısoy will be making their last appearances with the team. Their teammates expressed appreciation for trio’s contributions to Bilkent ice hockey over the past seasons. 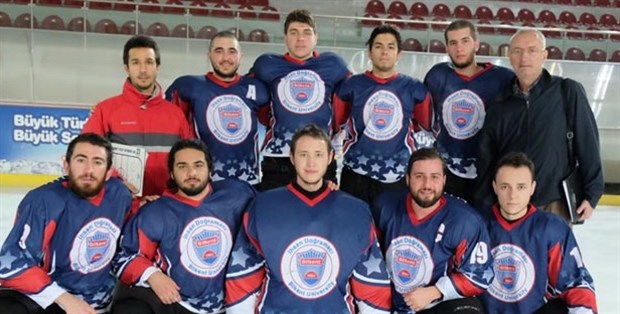 Regarding the squad’s performance in the group games, team member Taha Kavlakoğlu said, “We fought with our very souls and represented Bilkent to the best of our abilities.”

Congratulations to all members of the Bilkent men’s ice hockey for their results in the group stage, and best of luck in the finals!