Music Has the Right to Children: A Review of Boards of Canada

30 December 2019 Comments Off on Music Has the Right to Children: A Review of Boards of Canada

I may appear to be writing columns only about electronic music these days, but this piece will look at a special case within that genre. It will focus on the electronic band/duo that has had the greatest psychological effect on me, that has explored the depths of sound and semantics: Boards of Canada. For those who have heard their music before, the work of the duo – who are, by the way, brothers – needs no description, but first-time listeners will find it quite a shock.

The brothers’ approach to music is fundamentally different than that of most of today’s electronica artists. They rely heavily on analog synthesizers and recording techniques, and at some points even make use of damaged tape recorders for the authentic sounds that such devices produce. Backmasking and reversed melodies or vocals are an everyday thing for Boards of Canada and can be considered their signature. As a Warp Records band (although they do not want to be called that), they make outstandingly creative use of percussion, putting old-school hip-hop beats into a different context. They have almost the same wall-of-sound quality found in the shoegaze scene, with acknowledged influences from My Bloody Valentine.

The messages that Boards of Canada deliver through their music concern issues such as global political change and environmental pollution; they also critique religious cults, express longing for the long-gone past and delve into damaged childhood memories. To convey this longing and these memories, they purposely record using the technologies of the past.
Although Boards of Canada’s albums are not classical concept albums like, for example, Pink Floyd’s “The Wall,” they do seem to have a conceptual undertone. Their first LP, “Music Has the Right to Children” (1998), gained substantial critical acclaim. It emphasizes the nostalgic feelings and repairs the childhood memories referred to above. 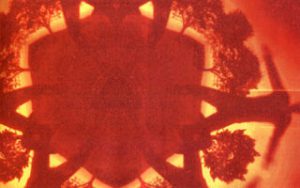 Next came “Geogaddi” (2002), and much can be said about this record, although – or because – nothing is clear about it, with one exception: it has a continuously evil vibe, with occasional somewhat lighter interludes provided by tracks such as “Dawn Chorus” or “Julie and Candy.” This LP is like going through the depths of your unconscious mind, as it is full of sound and messages. Since it is this vibrant, the album can even be considered a living being.

After the dark and twisted “Geogaddi,” the duo released the lighthearted “The Campfire Headphase” (2005), which has also received critical acclaim but is disliked by some Boards of Canada fans because of its incorporation of the guitar. Nevertheless, the album is quite strong in the musical sense, and I recommend that readers have a listen to “Chromakey Dreamcoat,” “Peacock Tail” or “Dayvan Cowboy.”

Their last LP – which I hope will not remain so for too long – is “Tomorrow’s Harvest” (2013). This album is a wakeup call for everyone, warning us that the world we know – and which we forfeited long ago – is about to become a memory.
In short, Boards of Canada’s music is there for music lovers to investigate and understand, not just listen to. Everyone who enjoys nostalgia and is curious about electronic music should give it a listen.
As I’m graduating this semester, this was probably my last article for Bilkent News; I’ll miss writing here, since I’ve enjoyed it very much. I would like to thank everyone who has been reading my columns, and also my patient coordinator and editor for this great year and a half. A happy new year full of good music, everyone!