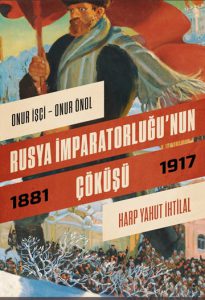 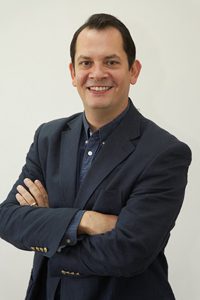 A new book by Asst. Prof. Onur İşçi of the Department of International Relations, titled “Rusya İmparatorluğu’nun Çöküşü, 1881–1917” (The Fall of the Russian Empire, 1881–1917), has just been released by the publishing house Kronik Kitap. Coauthored with Dr. Onur Önol and based on Russian- and English-language sources, the volume is an academic monograph that explores the reasons behind the fall of the Russian Empire.

Dr. İşçi and Dr. Önol are both MA graduates of the Department of International Relations, and both wrote their MA theses at Bilkent’s Center for Russian Studies under the supervision of the late Prof. Norman Stone, to whom their book is dedicated. Dr. İşçi currently runs the Center.

“Rusya İmparatorluğu’nun Çöküşü” introduces the Turkish readership to the ever-expanding body of historical literature on the 1917 revolutions. The book analyzes significant developments in Russia, beginning in 1881, that ultimately led to the two revolutions in 1917. The main question addressed by the authors is whether or not the Russian Empire was doomed to fail, and to what extent the Bolshevik Revolution was inevitable, given the Romanov autocracy’s half-hearted reforms and inability to deal with the empire’s structural problems.