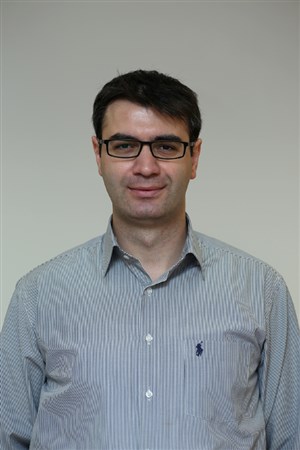 A new paper on advancing the capabilities of nanomechanical sensors has been published in Nature Nanotechnology, widely considered the top journal in the field. The work has been developed in collaboration between Bilkent University, Caltech and the University of Melbourne. The lead author of the work is Asst. Prof. Selim Hanay of the Department of Mechanical Engineering and UNAM.

Nanomechanical sensors (NEMS) are engineered, extremely small mechanical structures. Due to their miniscule sizes, NEMS can operate as exquisite sensors of physical changes. Previous experiments at Caltech demonstrated the capability of these sensors to measure the mass of single molecules. This paradigm (NEMS-based mass sensing) offered new capabilities for rapid and low-cost characterization of large biomolecules, accomplished at the chip scale.

Now, with the research published in the new paper, the capabilities of NEMS sensors have been expanded further. It has been shown that molecules’ size and shape, as well as their mass, can be detected by NEMS sensors. The multidimensional information (mass and shape) obtained from the analyte will open up new venues for biomolecular characterization. For instance, the determination of the type of a virus will be accomplished by considering both the weight of the virus and its characteristic shape.

In order to resolve the shape of a molecule, researchers use the higher-order mechanical vibration modes of the sensor and combine the information obtained from all vibration modes. The technique has been verified in experiments using micron-sized cantilevers, as well as in finite-element simulations. Previously, the capability to measure the shape of analytes with inertial mechanical sensors was unknown in the field; this work introduces a paradigm shift in terms of the sensing modalities of mechanical sensors.

The paper is accessible online at the website of Nature Nanotechnology. Other authors of the paper are Dr. Scott Kelber, Dr. Cathal O’Connell, Prof. Paul Mulvaney, Prof. John Sader and Prof. Michael Roukes. More information about nanomechanical sensors can be obtained from the Hanay Research Group, http://nems.bilkent.edu.tr.