On Erasmus, Performing Arts Students Take to the Stage Abroad

07 October 2019 Comments Off on On Erasmus, Performing Arts Students Take to the Stage Abroad 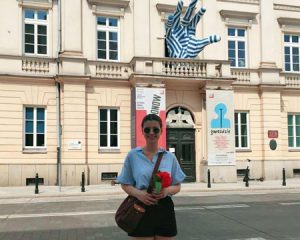 The first Department of Performing Arts students to have participated in the Erasmus Program have completed their semesters abroad and returned home. Damla Makar studied at the Aleksander Zelwerowicz National Academy of Dramatic Art in Warsaw, Poland, while Rengim Melis Köse attended the Accademia Nazionale d’Arte Drammatica Silvio D’Amico in Rome, Italy.

During her semester in Warsaw, Damla not only performed in the plays “West Side Story” and “Scenes From a Marriage” in English, but in addition took part in a Polish-language production, “Szał Niebieskich Ciał” (The Planets Are Going Crazy), which included interpretations of songs by the Polish rock band Maanam. 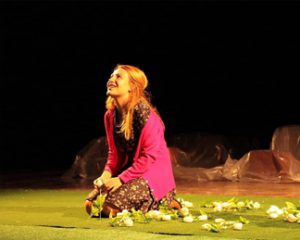 Rengim, after taking part in two plays and a dance project, was provided the opportunity to give a solo performance in the 50-minute, one-woman play “La Signorina Else,” an Italian-language work based on Arthur Schnitzler’s novella “Fräulein Else.” After the first performance on September 25 at Rome’s Teatro India during the Conteminazioni Festival, Rengim continued with additional performances in Italy and is preparing to act the part in Turkey.

Summing up the experience of being a theater student abroad, Damla said, “We may have different languages and different cultural backgrounds, but we all have the same artistic sensibilities.”