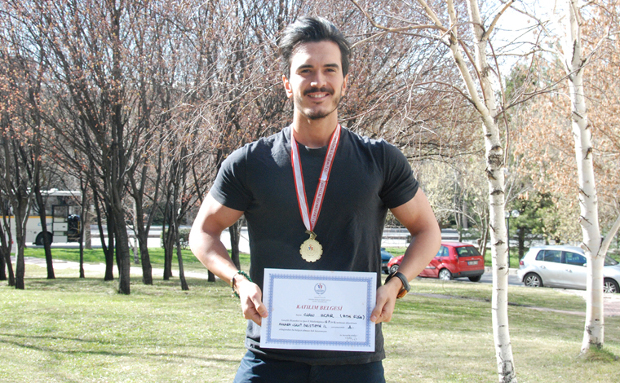 Ozan has been bodybuilding for over seven years. He notes that the routine involved—monitoring daily intakes, working out on a regular schedule and getting enough sleep—promotes an organized way of life that can also increase a student’s success in school.

Clearly, his dedication has paid off by earning him the right to compete in the national championship. Currently, he is on a special diet and workout program under the guidance of his coach to prepare for this event, which will be held April 10-13 in Zonguldak.