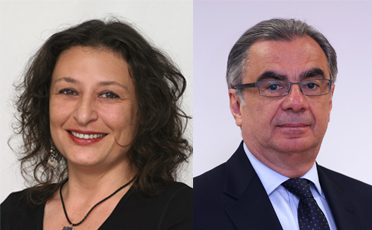 Kamer Rodoplu, director of the School of Applied Technology and Management, has been appointed as the dean of students, effective January 15. Mr. Rodoplu took over the position from Jale Gürzumar, instructor in the Department of Political Science and Public Administration, who had served as the dean of students since 2010. Bilkent extends its gratitude to Ms. Gürzumar and wishes Mr. Rodoplu all the best in his new position.

Mr. Rodoplu, who graduated from the Department of Electrical Engineering of the Institut National des Sciences Appliquees de Lyon in 1982, joined Bilkent University at the time of its founding in 1986. He is the founder of the Department of Computer Technology and Programming and the first director of the Vocational Schools and of the School of Applied Technology and Management, positions he continues to hold. In addition to his academic duties, he is also involved in several administrative units in the university. Mr. Rodoplu was awarded France’s Ordre national du Mérite (with the rank of Chevalier) in 1998.