17 September 2014 Comments Off on Psychedelic Meets Ethnic, Blinks to Post-Rock

This week I want to talk about a Turkish band, Nekropsi. They have a genuine style of their own, and I can easily say that they are one of the most original bands I have ever encountered.

Their formation goes back to 1989, with the name “Necropcy.” Their first work, a self-released thrash metal demo, was produced in 1992. Titled “Speed Lessons Part 1,” the release featured four decent thrash metal songs by the band.

They then changed their name to Nekropsi, and in 1996 came their debut, “Mi Kubbesi” (MK). Although there are thrash metal-reminiscent riffs in the album, psychedelic and ethnic elements are more dominant. In MK, 70s progressive and psychedelic rock is blended with Turkish and Middle Eastern ethnic touches, performed with a thrash metal attitude and an occasional jazzy feel. The album is instrumental, except for some chants and other sounds. What makes MK a unique and stunning record is, in my opinion, the perfect balance between the different elements used in the album. It’s so natural—all of the styles and genres I mentioned above fit into a perfect whole. Some bands appear to fuse different genres just because they want to seem avant-garde and off-the-wall; a practice that most of the time results in catastrophic albums. But others, such as Nekropsi, do this in a smooth and natural way; it’s smooth and natural because, I think, in doing so their aim is not simply to mix genres and styles, but rather to accomplish what they want to do. I can just feel this sincerity while listening to MK. To me, it’s one of the best albums ever released by a Turkish band. 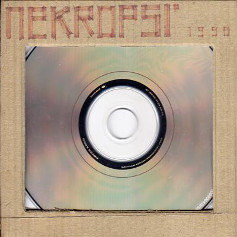 After a 10-year hiatus following MK, Nekropsi released “Sayı 2: 10 Yılda Bir Çıkar” (S2) which might be translated as: “No 2: Released at 10-Year Intervals,” referring to the long gap between their albums. In S2, Nekropsi moved to a post-rockish sound, still not giving up their thrash metal attitude, which is combined with syncopated drumming and some vocals in addition to the chants. The two main members, Cem Ömeroğlu (guitars/vocals) and Cevdet Erek (drums/vocals), are accompanied by Kerem Tüzün (bass) from Kurban and Gökhan Goralı (guitars) in S2 as well as subsequently.

In 2010, Nekropsi released a quasi-compilation album, “1998,” featuring new versions of their previous songs and also some original material. “1998” fills the gap between their other two albums, and creates a path that can be followed to see how their style changed from MK to S2.

More recently, on their Bandcamp page, they released eleven new songs recorded during 2013 and compiled under the name “Aylık” (Monthly)—because they released a song almost once a month. In its complete form, the album consists of ten separate songs plus an eleventh one, which is kind of a medley of the other ten. “Aylık” is considerably different from Nekropsi’s other releases. It has a vast amount of experimental electronic parts, blended with the standard Nekropsi sound. I would say the experimentation is very successful. It again reflects Nekropsi’s attitude toward music and the music industry; the songs in “Aylık” were composed without any commercial concerns, and I think that’s exactly what makes their experimentation successful.

Every single person interested in hearing good music should check out Nekropsi if they haven’t already. Stay connected to music! 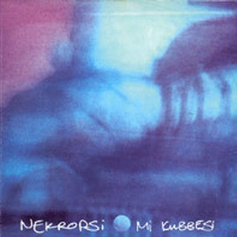