07 October 2019 Comments Off on The International Chronicles 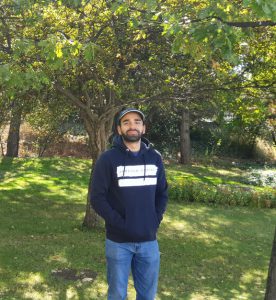 The historical sites (I’ve only been to the ones in Istanbul, though). They have Moses’ staff at Topkapi Palace – a replica, I guess, but it’ll still give you goosebumps.

They are ethnically, culturally, attitude-wise and socioeconomically totally different. The only similarities, I guess, would be Islam as a common religion and the fact that the name of our language, “Urdu,” comes from the Turkish word “Ordu.”

The Bilkent Library. You can find everything there (I found Saadat Hasan Manto, and in Urdu at that!). Plus, you can ask them to order books for you that aren’t available, which is awesome as well.

The tennis court. It was there through my best games, best times, worst games and worst times. I’ve cried there alone a couple of times sitting on the floor next to the hitting wall, so there’s a massive emotional connection.

I don’t fancy food much in general. As part of the culture, I like the free tea offered after meals.

Still working on my long thought-out goals (some practical, some idealistic). As for achieving them, only time will tell.

Staying focused through a tough time for the family, with the added weight of not being able to be there with them.

It’s my fourth year, and I’ve only been to İstanbul. So I don’t have many choices to pick a favorite from.

I can rap (not saying I’m good at it) probably over a thousand songs (not exaggerating) word for word, if that counts.