11 November 2019 Comments Off on The Lighter Side of History 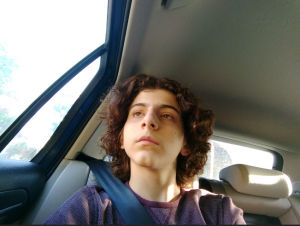 History can be said to go back before the invention of writing, with oral transfer of knowledge. However, writing revolutionized this area of knowledge, and historical records became better-defined and more systematic. With time, such developments formalized history and led to recurring discussion as to whether or not history is a science. However, there still remains the perhaps more fundamental question of what history is to begin with. Two basic interpretations are that of causes and effects, and that of cyclical patterns. In my opinion, while both ideas are quite meaningful, their synthesis is more capable of conveying what history is.

Looking at history as a large web of causes and effects is one of the most commonly known interpretations. The main argument behind this is that it allows information to be connected and synthesized, forming knowledge. Information regarding separate historical events or people can be enriched through knowledge of others. The connections thus formed can increase our shared knowledge and understanding of history.

An example can be given concerning the current conflicts between certain countries and organizations in the Middle East. It is meaningless to try to interpret or create knowledge from these events without trying to understand their causes. Among those causes are the partition of the Middle East between France and Britain in the early 20th century, without regard for tribal and cultural boundaries. Both that and modern conflicts in the Middle East can be further traced to the industrial powers’ desire for oil. Without such consideration of the situation (however oversimplified this example may be), any documentation of it or attempt to interpret it is meaningless.

However, it can often be difficult to correctly or completely identify the true causes of an event, due to bias or a lack of documentation. For example, the victors of WWI cast blame on Germany for starting the war; however, this attribution is neither complete nor correct. Causes can be traced to imperialist and industrial rivalries among all of the great powers, but this cannot even begin to explain why such a large and complex event occurred. In short, while causes and effects are crucial in understanding and thus defining history, they are not always sufficient or satisfactory.

An alternative interpretation sees history as based on cyclical patterns. This theory argues that history repeats itself, and that knowledge of one event can be applied for the purpose of better understanding other events. This can be done through the identification of patterns and similarities. An example is the transition from democracy to dictatorship. There are some common elements between the rise of Julius Caesar as emperor in ancient Rome in the first century BCE, and Napoleon Bonaparte’s seizure of power in France at the turn of the 19th century. However, upon closer examination, the Roman Republic was founded by an overthrow of the monarchy by noblemen, while the French Republic was founded by a revolution of the people. Furthermore, the Roman Republic lasted about five centuries, while the French Republic lasted barely a decade. Such differences, upon closer examination, can lead to difficulties in making generalizations, and thus in generating new knowledge.

Due to problems arising in both the causation and cyclical theories, their synthesis is, in my opinion, very logical: we can view webs of causes and effects when determining that something is cyclical, or repetitive, and bear in mind that repetition occurs within the conditions of the time period in question. An example that illustrates this approach is “Thucydides’s Trap.” This is the phenomenon in which a rising power threatens the dominance of a ruling power, with the outcome often (but not always) being war, as discussed by Graham Allison in his TED talk, “Is War Between China and the US Inevitable?”

Other cases of conflict can be analyzed based on the same structure, but different conditions and factors must also be considered. They are what make the difference between “war” and “no war.” It is the consideration of other knowledge, as per the causation theory, that allows us to observe the exceptions in (and thus enrich) a pattern found in existing knowledge.
Furthermore, it is possible to observe the operation of Thucydides’s Trap in a very crudely made chain of events, each causing the next. The Age of Exploration financed the Renaissance, which created the way of thinking necessary for the Scientific Revolution, which in turn enabled the construction of machines for the Industrial Revolution, which led to a need for colonialism and imperialism, causing World War I, the outcome of which fueled World War II. In each stage of this chain, rivalry between a rising and a ruling power can be observed, so our knowledge of this causality has a structure, and a pattern.

However, due to multiple factors, and different conditions, knowledge of specific rivalries must be abstracted to form a different, more conceptual type of knowledge, which is the Thucydides’s Trap theory itself. It is not a theory of “constant historical rivalry between country X and country Y”; rather, it is a more generalized phenomenon, evolving alongside history, appearing in different forms and leading to different outcomes.

For this reason, we need to consider both causation and patterns or cycles when defining history. While knowledge of other events is certainly necessary to enrich knowledge of a particular event, and while it is true that similarities arise among examples of existing knowledge, it is not possible to consider the patterns without bearing in mind the individual factors distinguishing each element of the pattern from the others. Thus, history is both causes and effects, and patterns and cycles, and both approaches must be considered if we are to have a more satisfying understanding of the past.