10 Movies That Will Warm Your Heart

Hello, dear Bilkenters! I hope you’re all feeling amazing while spring is slowly showing her face and finals can still be considered “not just yet.” That’s why I decided to prepare a list of movies that have made an impression on me: movies that I had a good time watching and thinking about. I hope you’ll like them, too. So hurry and watch them while you can!

Based on a true story, “Green Book” is about the friendship between a white nightclub bouncer and an African American pianist in the 1960s. The pianist hires the bouncer to be his driver and security guard for his journey to the segregated South, where musicians needed to go if they wanted to be famous. The actual “Green Book” was a travel guide for African American tourists that indicated the places where they would meet with the least racism and violence, and listed hotels and businesses where they would be served; with its help, the two men start their travels. With amazing performances by Mahershala Ali and Virgo Mortensen, the movie is a must-watch.

Apperances can be deceiving; sometimes a naive, peaceful wildflower blooms out of the darkness. That’s how I would describe Ferdinand the Bull. Even though he was born and raised on a farm where bulls are trained for bullfighting and is the strongest of them all, Ferdinand hates violence and harming others. This animated film is about a bull who fights for his right to love others. 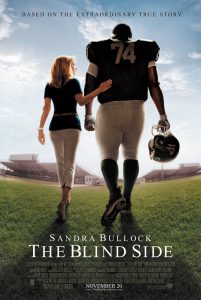 The Blind Side is the true story of Michael Oher, a young man who was born in a place where violence, drugs and murders were commonplace; it tells how he avoids being a part of all this with the help of an amazing family. The screenplay of the movie was adapted from the book “The Blind Side: Evolution of a Game” and refers to Ferdinand the Bull every once in a while; that’s why I recommend that you watch it after “Ferdinand.”

Would you agree to look after an embittered young man who lost everything that mattered to him after an accident – a person with so much money but no desire or strength to make use of it anymore? Louisa does, and she’s exactly what he needs. You should definitely see this amazing love story.

Most of us have read the book, but some parts of the story still remain mysteries. With so many metaphors and philosophical implications, the animated film of “The Little Prince” is at least as good as the book itself.

Every child is special and born with their own talents. Some children don’t learn the way others do; but that doesn’t mean that they’ll never learn or are just “naughty.” This movie shows that with the right approach, every child can be helped to bring out those special talents hidden inside them.

Courtrooms witness so many tragedies, tears and lies. “Miracle in Cell No. 7” is about one of those sad stories that make you question justice: in this case, the story of a mentally challenged man who is wrongly accused of raping and killing a little girl. The young man also has a little daughter who is extremely mature for her age, and the relationship between them is what makes the story so heartwarming.

Is love really blind? Would you still love someone who wakes up in a different body every morning? The movie is a beautiful exploration of all the questions that come to mind about true love, and an impressive romantic drama.

Iranian cinema is renowned for its dramas, and “The Song of Sparrows” is one of the best. An ostrich ranch worker’s simple but peaceful rural life changes when he decides to buy a hearing aid for his deaf daughter. Fathers know no bounds when it comes to their children’s happiness. 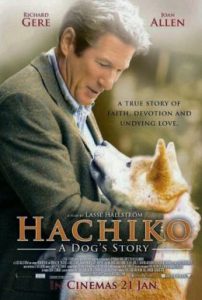 I saved the best for last. “Hachi” is the true story of a heartwarming friendship between an abandoned dog and an art professor. The movie is a remake of a 1987 film from Japan, but the original isn’t as lively as the new version. Warning: Even the toughest people burst into tears while watching this amazing film.