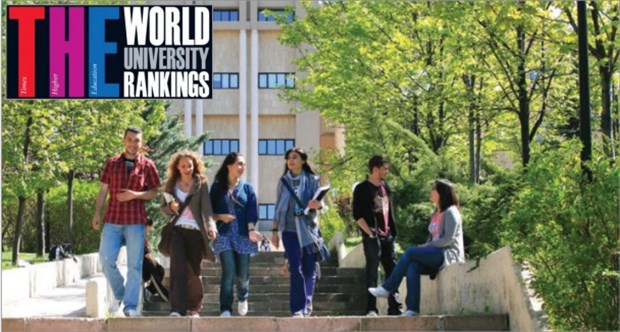 In the Times Higher Education (THE) World University Rankings for 2015–16, Bilkent University has again been ranked among the top 400. The list places Bilkent in the group of universities ranked 351–400. Among Turkish universities, Bilkent ranks second, along with Sabancı University.

A number of changes were incorporated into the way the rankings were compiled this year. These included:

1) Expansion of the number of universities ranked. This year, the ranking included 801 universities, as opposed to 400 the previous year. Among the newly ranked institutions, 61 entered the list above position 400. This affected the placement of many institutions already in the rankings.

2) Adjustment to country normalization of citations. In the 2014 and earlier rankings, a “regional modification” was applied to the citation scores for each university.  If a university performed above their national average, this modification would give them a boost globally. This year, THE adjusted their methodology to include a citation impact indicator that took the average score between “pure” citation impact and the country-normalized citation impact.

3) The selection of a new data source. Citation data came from Elsevier’s Scopus database, covering a much wider range of publications in terms of source language than the Thomson Reuters Web of Science, which covers mostly English-language publications. This resulted in the inclusion of many institutions that had not made it into the rankings before.

Further information on the THE World University Rankings may be found at https://www.timeshighereducation.com/.