Each spring, the Physical Education and Sports Center holds the Angora Cup Interuniversity Sports Festival, welcoming hundreds of student athletes from other universities to Bilkent to compete in a variety of sports. This year’s 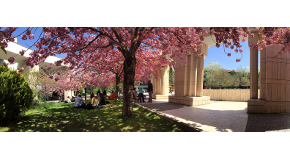