My love of and curiosity about music started when I was 13, when I had to download some MP3s from the web to listen to during a long-distance road trip – I had no knowledge of that great invention called a torrent back then. The recordings of my choice were those by Pink Floyd, alongside some Led Zeppelin, Rainbow, Black Sabbath and Deep Purple tracks; still, it was Pink Floyd that got most of my interest.

So I obtained each and every Pink Floyd album, including even bootlegs. Among them, some were particularly interesting in that they had less in common with the conventional idea of music that I’d been used to. I still hold the names in my mind: the last part of the song “Bike” from the debut album, “The Piper at the Gates of Dawn”; “A Saucerful of Secrets,” the title song from their second album; some parts of “Echoes”; “Atom Heart Mother”; and the whole studio-recordings side of the album “Ummagumma.” Such tracks were the works of art that started the debate in my mind as to what music really is. What do we consider as music, really? The question may appear to have a quite obvious answer, but finding a definition that applies to every single genre of music is rather more difficult than it appears.

Should it be “organized, harmonious sounds that are put together to deliver a message and/or emotion,” or should it also include the phrase “sounds that are made by instruments”? The first proposition also describes language, which by convention is not really accepted as music. The latter proposition has its weak points as well, as it leaves out genres such as noise music or musique concréte. In addition, our understanding of harmony is at some point biased, as there are many approaches that challenge this understanding, such as 12-tone music or free jazz. 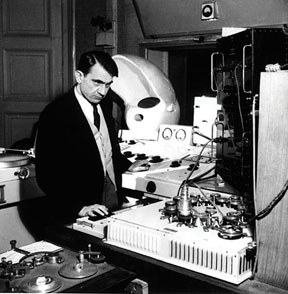 The problem here is that there are no clear boundaries between music and naturally occurring organized sound. Do you consider dawn choruses of birds to be music, or would you argue that a carefully read poem would count as music? I would argue that our understanding of music is inherently dependent on our cognition; in other words, we have an inherent mechanism that distinguishes music from organized sound. Interestingly enough, there are instances where domestic animals respond to music, such as dogs singing along to the harmonica (this is a Pink Floyd reference; see “Seamus” from the “Live at Pompeii” DVD).

An interesting genre of music that widens our perception of music is musique concréte, or, literally translated into English, “concrete music.” This term simply refers to music that is made using environmental or instrumental samples that are manipulated using electromechanical devices. It is defined as concrete, since there are no abstract notes to follow, but rather just samples that can be held in the hand. Although I’m sure that most would dismiss this genre, calling it pure noise, I claim otherwise. Even though it has no apparent harmony or similarity to anything you’ve heard before, you seem to extract some feeling from it; and that’s why I suggest expanding the definition, as I said earlier.

To end this week’s piece, I recommend the following songs by the artists indicated as concrete examples of musique concréte: