18 November 2020 Comments Off on Bilkent Pays Homage to Atatürk

November 10, 2020, marked the 82nd anniversary of the death of Turkey’s beloved Atatürk. As has become customary, Bilkent University commemorated the solemn occasion with a number of events. 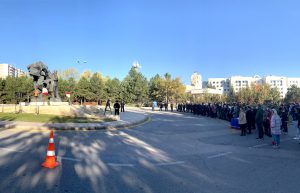 On November 8, the Bilkent Symphony Orchestra presented a concert in memory of Atatürk. The performance, which took place at the Bilkent Concert Hall, featured trumpet soloist Onurcan Çağatay and included pieces by Neruda, Akbaş and Mahler.

In the afternoon, a talk was presented via Zoom. Assoc. Prof. Bülent Batuman, chair of the Department of Urban Design and Landscape Architecture, gave a tribute titled “Atatürk and Urban Design.” 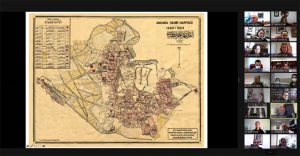 Dr. Batuman began by noting the significance of the reconstruction of Ankara as the capital of the young nation–state. Discussing the planning of the city in terms of physical as well as social transformation, he went on to show how Ankara served as a model for the development of other cities across the country. Dr. Batuman concluded his remarks by exploring the implications of Atatürk’s initiative to establish the Atatürk Forest Farm as a laboratory of modern agriculture and an urban public space.