29 September 2014 Comments Off on Unexpected Albums

Unexpected Albums
There are some albums that give the listener a real jolt, because these specific records are significantly different from other releases by the same bands. It does not really matter if the album in question is “good” or “bad”—the important phrase here is “significantly different.” This week, I am going to list five of these albums and talk briefly about each one.

Athena: One Last Breath
Athena is a Turkish ska punk band. I am almost sure that even most hardcore Athena fans will be surprised to hear that they started out as a thrash metal band, and their first release, “One Last Breath” (OLB)—released in 1993—was a thrash metal album. They were highly influenced by late-80s crossover/thrash metal bands, such as Nuclear Assault, Dri and maybe Suicidal Tendencies. OLB reflects these influences, with its aggressive sound and fast tempo. Ferit Tunçer (who later became the 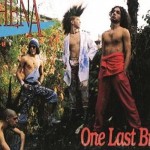 vocalist of İllegal Süttozu) is the main vocalist on OLB (if I am not wrong, only one track, “Bazil,” was sung by fellow band member Gökhan). In my opinion, Athena’s debut was on the whole a good one, and it is a pity that they changed their musical style. Ferit in fact left the band because of this musical shift. I can say that OLB is one of the rare thrash metal releases from Turkey in those years, the others being mostly demos, such as Nekropcy’s “Speed Lessons Part 1,” Hazy Hill’s “Murky Bedlam” and “Fan of Your Fancy” (my personal favorite Turkish thrash metal release), some single releases from Mind Vortex and a few others I have not mentioned here (Pentagram’s first two releases could also be added to the list).

Morgoth: Feel Sorry for the Fanatic 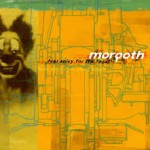 Morgoth is a German death metal band. Their first two studio albums, “Cursed” and “Odium,” are great examples of European death metal, with the former having more fast-paced guitar playing, while the latter is darker and has doom-ish riffs. After these two death metal albums, the band released “Feel Sorry for the Fanatic” (FSFTF) in 1996. You can easily make a guess, based on the title of the album, that they drastically changed their musical style. FSFTF is an industrial rock/metal album with many experimental elements. It lacks the guttural vocals that were present in previous releases. In my opinion, the use of clean vocals perfectly fits and completes the album’s atmosphere. I cannot stop myself from saying that the title is a very apt criticism of the narrow-minded prejudice against genre-changing bands. 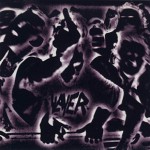 Actually, this entry in the list—a thrash metal band releasing a punk/hardcore punk album (nearly crossover thrash but imho not)—is not very shocking, since thrash metal has its roots in punk. Slayer can be considered a proto-thrash metal band, and their seventh release, “Undisputed Attitude,” is an enjoyable punk/hardcore punk album that features covers from bands such as Verbal Abuse, DRI and The Stooges, plus some new songs. 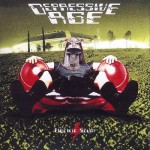 After three stunning progressive thrash metal albums, Depressive Age released “Electric Scum” (ES), which is again stunning record. ES blends many genres (such as industrial metal, thrash metal and a little bit of hardcore) and ideas
with a great deal of experimentation. The album has an aggressive and extremely powerful sound. It is not hard to see that Jan Lubitzki’s vocals (specifically in this release) influenced Serj Tankian of System of a Down. 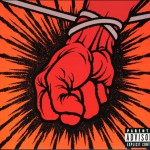 The last entry in the list is for me the only one that can be labeled a “bad album,” or even a total disaster—but that of course is my personal view. Metallica for some reason decided to imitate the rising musical style of the 2000s, nu-metal, and did so with a catastrophic production. I normally don’t like the use of the drum machine in rock and metal albums (with some exceptions, for instance the way Arcturus uses it together with live acoustic drums in their records), but Lars’s drum playing and the drum sound on this album are terrible beyond words, so I would really have preferred for them to have used a drum machine or programming instead. The terrible production is not limited to the drums, but shows itself in the guitar sound as well. With a decent production, the album could at least have been tolerable, but the very sloppy production, combined with the extremely unsuccessful song compositions, makes St. Anger a “mustn’t have.”
In closing, I can say, definitely try the first four albums in the list, but avoid the last one (if you haven’t been exposed to this disaster already) at any cost. Stay connected to music.