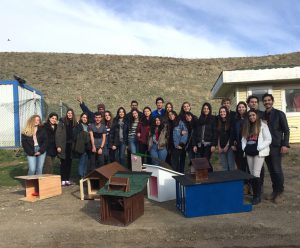 In addition to its ongoing projects, the student volunteer organization TDP (Social Awareness Projects) is also involved as a leader or participant in various special projects or events that promote the betterment of society and the community. During the weekend of March 10–11, TDP was a part of two such events.

On Saturday, March 10, TDP partnered with Doğan Holding to organize a workshop in conjunction with the latter’s Common Values Movement project (in full: “Turkey’s Common Values: Let’s Explore What We Share, Together We Will Walk to the Future”), which is led by Begümhan Doğan Faryalı of the holding company. The movement aims to combat the growing polarization and alienation in society by strengthening the sense of unity and community that exists in every part of people’s lives but is from time to time forgotten, to the point where society is in danger of losing its common values.

This social problem became the starting point of the project, which is an effort to embrace these differences and accept them as a value. During the March 10 workshop, information about two initiatives that are part of the project, the Value Movement Game and the Common Values Movement Project Contest, was given by Doğan representatives. In addition, a preminary study was conducted.

The Value Movement Game is an interactive game that focuses on creating an awareness within society.  Designed by Holding staff and played by employees there, it appeals to all ages. The game is played by placing various “value cards” on a board; the score depends on the location of the cards on the board. The main purpose is to create a shared awareness between the players and help them understand how these values are reflected in their own lives. It also helps them to more fully understand their own values by questioning them.

The workshop also included information about the project contest, which, said the Doğan representatives, is another important stage in this movement. They explained the project writing, approval and operating procedures to participants.

On Sunday, the following day, many volunteers from different TDP projects joined together to support a very different, but also very worthy cause by visiting the Animal Rescue Association and Rehabilitation Center, an animal shelter in Ankara. They took with them donations of supplies and materials needed by the shelter according to a list that shelter representatives provided. In addition, Architecture students donated new homes that they had designed and built for some of the shelter animals to live in. 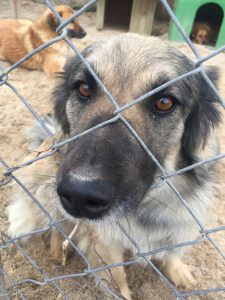