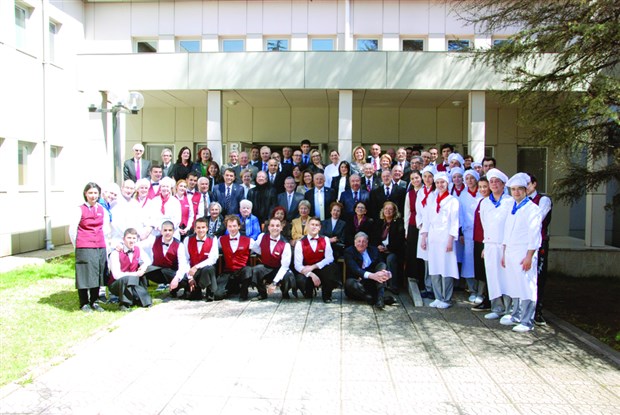 April 3 is the birthday of Bilkent University’s founder, Prof. İhsan Doğramacı, and is celebrated each year at the university as Bilkent Day. This year, the event had special meaning, with 2015 being the 100th anniversary of Prof. Doğramacı’s birth. The celebration began with a luncheon at Le Piment Rouge Restaurant and continued with the Bilkent Day Conference in the afternoon. In the evening, the Bilkent Symphony Orchestra performed a commemorative concert.

The School of Applied Technology and Management hosted the luncheon, which was prepared and served by students of the Department of Tourism and Hotel Management under the supervision of Chef Elif Denizci and Service Instructor Ali Ünal. Guests included the Doğramacı family and members of the university administration.

The setting then moved to the Bilkent Concert Hall for the 2015 Bilkent Day Conference. The program opened with introductory remarks by Bilkent’s rector, Prof. Abdullah Atalar, in which he talked about “The Bilkent Project”: Prof. Doğramacı’s vision of a “city of knowledge,” and his tireless work to make this vision a reality.

The centerpiece of the conference was a panel discussion on the topic of “İhsan Doğramacı’s Objectives.” The panel featured presentations by six speakers from several different fields of endeavor, all of whom had encountered Prof. Doğramacı and his work in the course of their careers and cherished personal memories of their association with him.

The first speaker was Prof. Errol Alden, executive director and CEO of the American Academy of Pediatrics. Prof. Alden reviewed Prof. Doğramacı’s professional achievements, focusing on his leadership role as an advocate for child health, and went on to offer his own observations on the personal characteristics that had made these achievements possible. “Perhaps even more notable than his impressive professional accomplishments, however, is the man himself.  He’s been called ‘The Amazing Turk,’ an ‘Architect of Miracles,’ and ‘A Reformer with an Iron Will,’ and I feel so privileged to have worked with him and witnessed his leadership in the national and international arenas…Using his charisma to attract, his powers of persuasion to unite and his passion for pediatrics to inspire, he has improved the health and changed the life course for millions of children around the globe.” 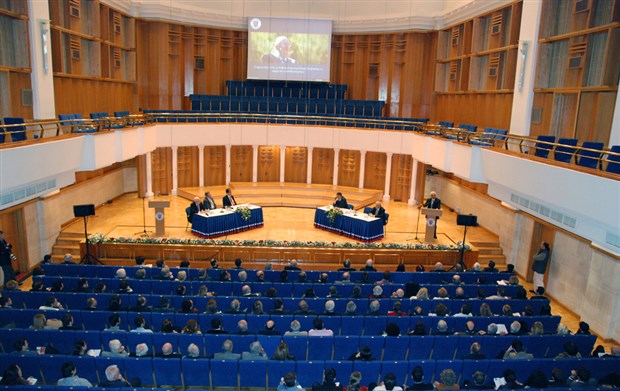 Following this, conductor and Turkish state artist Gürer Aykal discussed Prof. Doğramacı’s legendary devotion to classical music, and his support of music education and performance in Turkey. To illustrate his point, he shared with the audience a letter that eminent Turkish composer and musicologist Ahmet Adnan Saygun had written to Prof. Doğramacı. The name of Ahmet Adnan Saygun, noted Mr. Aykal, is “the first that springs to mind” in connection with music in Turkey; the letter, he said, “communicated the admiration Saygun felt for Prof. Doğramacı.” He then read out its text:

In the increasingly barren field of arts and music of our country, a new spring of hope has welled up through your hands. I would like to keep alive and well the hope and dream of this spring, transforming a land that is becoming an arid desert into a green oasis in time, in my imagination. In any case, you have earned the blessings of our artistic community with your most recent efforts. As these efforts bear fruit, our feelings of thankfulness and gratitude will equally increase.

We would especially like to thank you and your wife for the affection and kindness you have displayed during our days in Ankara, and express our most heartfelt wishes of well-being and health with our love and regards.

Hoping you become the pioneer of many more illuminations,

Next to speak was Vecdi Gönül, former minister of national defense of Turkey and founding member of the Turkish Council of Higher Education, who offered these observations: “Great nations owe their greatness to their leading citizens. The Turkish Nation, as old as humanity and one which has made its mark in history, is truly one of the great Nations of yesterday and today. And one of the outstanding sons who have made it great in our time is, without a doubt, İhsan Doğramacı. He transformed his heartfelt devotion to his country and his love of service to humanity into incredible energy. It is impossible to count the men and women of science he educated, the universities that he personally established, his modernizations of our scientific practices, or his services to health, in Turkey and internationally.”

Mehmet Haberal, founder of Başkent University and currently a member of Parliament from Zonguldak, was the penultimate speaker on the panel. Prof. Haberal also focused on the theme of Prof. Doğramacı’s contributions to Turkey, particularly in the areas of medicine and higher education:

“If today our country is able to compete with others in organ transplantation, this is thanks not only to those first transplants but also to Laws no. 2238 and 2594, which were passed as the result of our further work and arduous efforts.

“If today there are many foundation universities in our country, and hundreds of thousands of students are studying in these schools, contributing to our country’s future, and many academics are providing education in these institutions, all of this was made possible by the great man himself, Prof. İhsan Doğramacı.

“Prof. Doğramacı was the pioneer in establishing modern medicine in our country. He is a person whom many looked up to, who cleared the way for people and new institutions. He is a globally renowned and appreciated individual who made great contributions to education and the development of our country by giving it foundation universities. I am happy beyond words to be his fellow citizen. I celebrate his memory with my sincerest feelings of regard and respect and wish him God’s mercy and grace.” 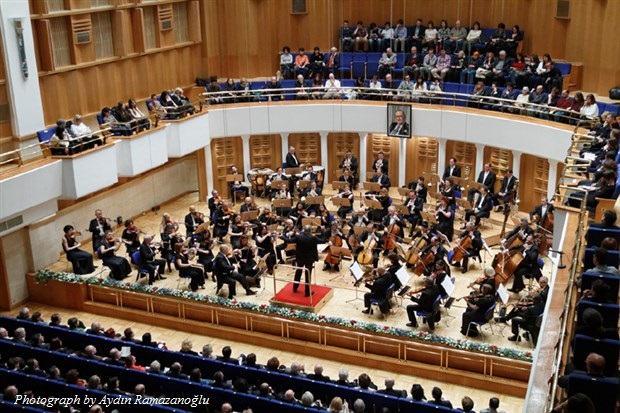 The panel’s final presentation was given by Tezer Kutluk, chair of the Turkish National Committee for UNICEF and president of the Union for International Cancer Control. Prof.  Kutluk recalled his medical education and training at Hacettepe University and its affiliated medical center, also founded by Prof. Doğramacı, and described the influence of this institution and educational system on the practice of medicine by Turkish physicians today. “The physicians completing their postgraduate education in this extraordinary environment provide healthcare, research and education and produce major accomplishments both at home and abroad. Not only this: they also become national and international leaders and contribute both to health and to their society’s education and peace.”

Following the end of the panel, Prof. Atalar once again addressed the audience, giving a brief presentation on the state of the university. He also announced that Bilkent had a newly designed web page, which was to go online April 3. The Bilkent Day Conference concluded with Prof. Necla Çevik reading a poem that she had written for İhsan Doğramacı.

In the evening, the celebration of Bilkent Day continued with a special commemorative concert by the Bilkent Symphony Orchestra. The performance, conducted by Howard Griffiths, took place at the Bilkent Concert Hall. Soloists were Gülsin Onay (piano) and Julian Lupu (trumpet). The program consisted of the “Pavane for a Dead Princess” by Maurice Ravel, the Concerto for Piano and Trumpet by Dmitri Shostakovich, and Symphony No. 4 in E minor by Johannes Brahms.