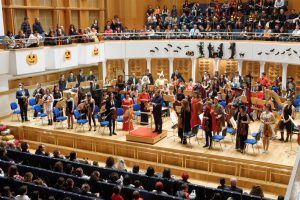 The Bilkent Youth Symphony Orchestra gives kids the creeps? Well, only on October 31! That evening, the orchestra performed a special Halloween concert, with musicians and audience alike wearing masks, makeup and costumes to celebrate the holiday.

Conducted by Işın Metin, the BYSO performed pieces known for their spooky vibe, from Edvard Grieg’s “In the Hall of the Mountain King” to Paul Dukas’s “The Sorcerer’s Apprentice.” Other works on the program included two excerpts from film scores by John Williams: “Hedwig’s Theme” from the “Harry Potter” movies and “The Imperial March” from “The Empire Strikes Back.” 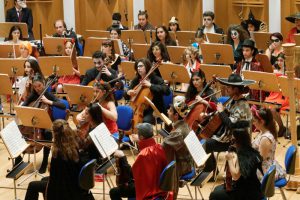 This was the BYSO’s first Halloween concert – but judging from how much fun both the performers and the audience had, it won’t be the last. 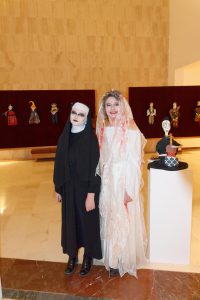