11 December 2017 Comments Off on Administrative Changes

Two changes in the management of on-campus student and faculty housing have recently taken place. 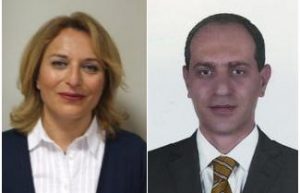 Effective December 1, 2017, Ahmet Tevfik Hamamcı was appointed manager of Student Housing. He takes over from Veli Karaaslan, who has been serving as acting manager since August of this year. Bilkent University extends its gratitude to Mr. Karaaslan for his services and wishes Mr. Hamamcı all the best in his new appointment.

Baki Ahi, Housing Office Manager since 1986, retired from his position as of November 1, 2017. Ayfer Demircan has been appointed acting manager of the office. Bilkent University extends its gratitude to Mr. Ahi for his services and wishes Ms. Demircan all the best in her new appointment.