Ali Doğramacı Ends Term as Chair of the Board of Trustees 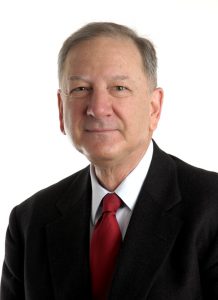 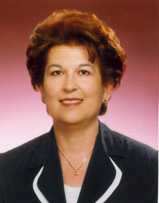 Prof. Ali Doğramacı, President of Bilkent University and Chair of the Board of Trustees, recently announced that he was stepping down from his position, effective December 16 of this year.

In a statement making the announcement, Prof. Doğramacı said, “When I assumed this position 10 years ago, one of my main goals was to strengthen the foundations for Bilkent University’s sustainability and the continuation of its well-deserved reputation for excellence. Today, I am very happy to observe that we have collectively taken giant strides toward the institutionalization of our University.”

He also noted that the current pandemic situation and his consequent prolonged absence from Ankara was another factor contributing to his decision.

Prof. Doğramacı will continue to serve as Chairman of the General Board of Foundations, which, among other responsibilities, is in charge of electing the members of the Board of Trustees.

The new Chair of the Board is Prof. Dr. Gülsev Kale, a member of the Bilkent University Board of Trustees since 2004.

Commenting on her appointment to the post, Prof. Kale first referred to her service with the Board to this point, saying, “It was a privilege to work with Prof. İhsan Doğramacı and Prof. Ali Doğramacı, and to be a part of a team that functioned under their guidance.” Looking to the future, she stated that as the new Chair of the Board of Trustees, she is excited about the opportunity “to work with an exceptional group of members to further advance Bilkent University’s mission, tradition, values and reputation.”

A member of the first class to graduate from the Hacettepe University Faculty of Medicine, Prof. Kale specialized in pediatrics. She joined the faculty of her alma mater in 1969 and became a full professor in 1988. She served as head of the Department of Pediatrics from 2000 to 2012 and as director of the Institute of Child Health from 2004 to 2012. The 165 articles that Prof. Kale has authored or coauthored in national and international journals have received numerous citations.