If you have been following my columns for some time, you might have noticed that I try to introduce various musical movements and ideas or promote interesting non-mainstream bands. Since my intention is to cover as many different things as possible, I generally avoid writing about a particular topic more than once. However, this week I will make an exception and review the recent release by alt-J, “This Is All Yours.”

Back in February, I wrote about their groundbreaking debut album “An Awesome Wave” and ended up with a really positive review. “An Awesome Wave” was a very creative, enjoyable and ambitious album, introducing the band’s characteristic sound and interesting musical choices, such as using drums without cymbals, or the unique singing style in their vocal recordings. When the release of their second album was announced, I was curious as to whether they would continue with this musical character or go in a different direction. 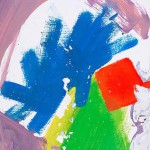 The band issued a few tracks from their second album before its actual release date. The variety of musical styles of these songs was really confusing to me. Their themes and musical approaches were so unrelated that it felt like they came from different albums by different artists.* However, when the album actually came out, its vast musical diversity made everything clear.

“This Is All Yours” kicks off with a very colorful introduction that has beautifully layered vocals on top of synths, which are tied to various instrumentals toward the end of the track. I think this track is pointing out what is to come. The song represents the musical and thematic variety and the new experimental tendencies of the band that are present throughout this album. It resembles the more minimalistic and relatively plain track “Interlude I,” a resemblance I think is intentional, in order to hint at the new direction in which the band is heading.

One of the strongest aspects of “An Awesome Wave” was the harmony and consistency among the songs. The basic musical characteristics of the album were conserved throughout the entire record. However, in their second release, alt-J chose to go a little bit experimental and provide a more dynamic musical approach. The pace, theme and instrumental arrangements are all progressive and unique in most of the tracks.

If you haven’t listened to either album, I would suggest starting with their debut release to become familiar with the actual sound of alt-J, and only then moving on to “This Is All Yours” in order to witness the evolution of the band’s musical style into a more experimental and profound means of expression. In my opinion, alt-J have successfully satisfied the high expectations they created with “An Awesome Wave,” as well as going beyond it and expanding their musical spectrum. This is a great follow-up album, with brave musical choices and just enough experimentation.

The Issue of Musical Privacy: The Ultimate U2 & Apple Blowback

Recently, at around the same time as the release of the iPhone 6, as part of Apple’s promotional activities, the new U2 album was copied to the clouds of iTunes users without asking their permission or even notifying them beforehand. Depending on their device settings, some users of Apple devices woke up one morning to find the U2 album having been automatically downloaded to their devices without their knowledge.

Roughly 500 million people were affected by this 100-million-dollar ad campaign, making “Songs of Innocence” the biggest album release of all time. But, insofar as the campaign intrusively inserted an album into the music libraries of 500 million people, I also see it as the biggest violation of digital privacy and the most disrespectful attitude toward the art of music in history.

The download was declared to be “a gift,” even though the device users perceived this as spamming and felt as though the album had been forced on them. If I were an Apple user, I would have shared the same feelings, and throughout the rest of this text, I will be trying to express the frustration I would have felt and to explain why this was a wrong move. 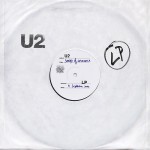 First of all, a person’s musical taste is their own, and even though many people welcome suggestions or other opinions, not many would appreciate it being determined or edited by others. In the music industry, mainstream music has been under the control of certain big music companies and record labels for quite some time. The music being played on the radio and the music videos being aired on TV are determined by them, either directly or indirectly. Even in such a massive and long-term case, these companies do not openly declare that they are choosing, for the ordinary listeners, what music they will be exposed to. In addition, one can easily avoid or ignore the TV and radio playlists, just like I do. However, Apple was courageous enough to do what music companies were afraid to try. It turns out that those companies had a reason for their fear, considering the massive negative response from the users. Instead of providing the content automatically, Apple might have offered the album for free and notified the customers about the gift. In that case, I don’t think the majority would have had such negative sentiments about the campaign.

I think that Apple’s intention was to make its users feel special by providing them an extra feature, but the type of privilege should have been less personal. It is not really possible to find musical content that the majority of 500 million people will like. Being offered the choice of a general-purpose mobile application or a digital service would have been appreciated by more people. Although music has a convergent aspect, such an effect is valid only for a select group of people, who already have a certain musical common ground or mutuality in musical taste.

In spite of all that I have just mentioned, if we think about the matter realistically, it is quite obvious that the negative response will not have a permanent effect on either Apple or U2. Both are very large brands that can get past this in the long term, but I think in respect to contributing to their popularity or brand imagery, the campaign has failed for both.

* I currently run a personal blog, where you can find my music reviews, including the track review of “Left Hand Free” from “This Is All Yours.”