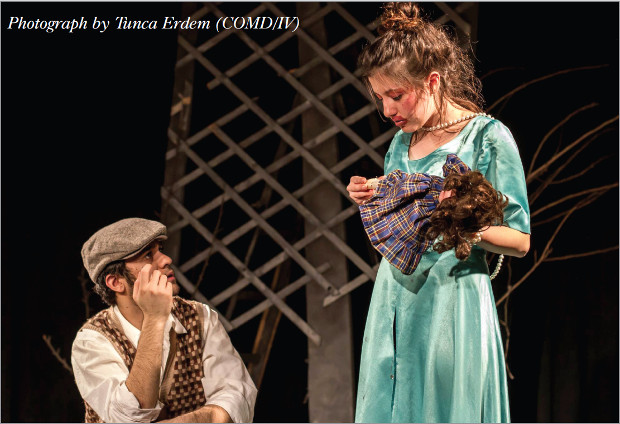 This month, the Bilkent Theater will be staging “American Blues,” a pair of early one-act plays by the American playwright Tennessee Williams.

The first play, “This Property is Condemned,” was written in 1946. It focuses on the musings and fantasies of Willie, a girl forced to grow up at a young age. The other play, “Talk to Me Like the Rain and Let Me Listen,” features two unnamed characters, Man and Woman. It takes place on a rainy summer morning in a crumbling flat in 1950s New York.

Directed by the acclaimed American director Jason Hale, currently a visiting assistant professor in the Department of Performing Arts, “American Blues” will be performed in English by students majoring in theater at Bilkent.

The production had its first performance last Wednesday in the newly opened Bilkent Chamber Theater in the Faculty of Music and Performing Arts Building. All of the remaining performances will take place on Thursdays at 6 p.m.; the dates are April 3, 10 and 17.

Tickets are available for general sale at MyBilet for 10 TL. For more information, please see bilkenttiyatrobolumu.weebly.comor call the department at ext. 1620.