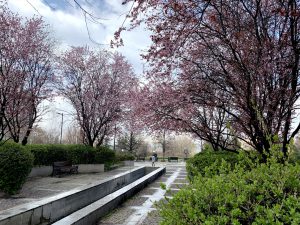 “Toward Pseudo-Integration: A Question of ‘Permanent Temporariness’ in the Syrian Refugee Communities in Turkey,” by Prof. Ahmet İçduygu (Koç University), at FADA, FB-309, 12:30 p.m. Organized by LAUD.

“Land, Labor and Works Under Urban Transformation in Çinçin,” by Gülşah Aykaç (METU), at FADA, FFB-06, 4 p.m. Organized by ARCH.

“Under the Skin” (2013; dir. Jonathan Glazer), in the Library Orientation Room, 5 p.m. Organized by the Department of Turkish Literature.

Exhibition of ceramics and paintings by Kim Yong Moon, in the Library Art Gallery. The exhibition will be open every day (except Sundays) from 10:30 a.m. to 6 p.m.