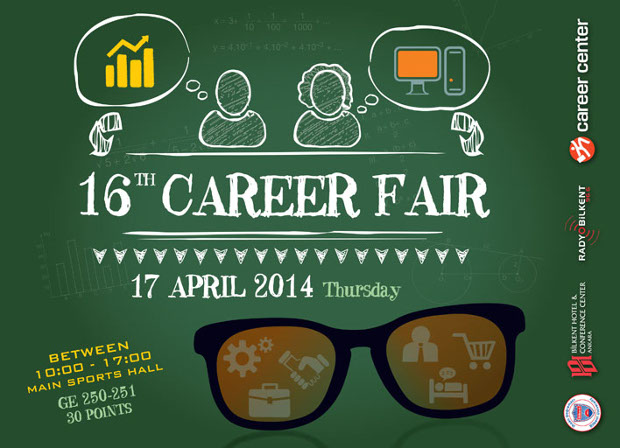 Wednesday, April 9
“On Surplus-Sharing Rules in Partnerships,” by Özgür Kıbrıs (Sabancı University), at FEASS, A-228, 2 p.m. Organized by ECON.

Wednesday, April 9
“The Turkish Economy for Everyone” Seminar Series: “Politics and Economics in Turkey After the Local Elections,” by Mustafa Sönmez, at FEASS, C-Block Auditorium, 5:40 p.m. Organized by ECON.

Thursday, April 10
“Jew, Turks, and Germans: Co-consituted Interethnic Space in the Production and Consumption of Culture,” by Prof. Y. Michal Bodemann (University of Toronto), at FEASS, C-Block Auditorium, 3:40 p.m. Organized by the Bilkent University Seminar Series on Polity, Society and the World.

Wednesday, April 16
“City Weathers: Towards a Dialogue Between Architecture and Urban Planning for More Sustainable Cities,” by Fionn MacKillop, at FADA, FFB-22, 2 p.m. Organized by ARCH.

Get Ready for a Big Dose of Fun

On, April 11, Radyo Bilkent is holding a “Kırmızı Alarm” party! The party will get started at 7:30 p.m., at the Main Campus grass field. Radyo Bilkent DJs Volkan Deniz Özbudak, Berkin Çanga and Doğuş Çabakçor will entertain everyone with incredible music.

The fun won’t stop there—at 11 p.m., the party will move to Ketchup, at Next Level. Transportation will be provided by Radyo Bilkent. Tickets are available in the N building and in front of A building and Speed Cafe.