Art of Politics: The Other Face of Serj Tankian

09 December 2013 Comments Off on Art of Politics: The Other Face of Serj Tankian

In my last column, I tried to introduce our next guest, but it is not that easy to fit all his roles into a few words. Serj Tankian is a composer, sound engineer, music producer, guitarist, pianist, bassist, vocalist, the owner of a record company, a poet, a painter and a social activist. However, he is best known as the frontman of the rock band System of a Down (SOAD). So, I wanted to focus on the unknown sides of one of my favorite musicians, especially his solo work. 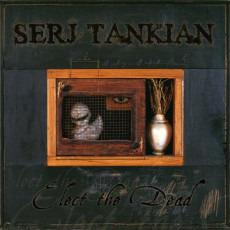 What brings him to this column is the wide range of his music projects. The most popular one, SOAD, is an influential but ordinary mainstream rock band. However, his other projects include orchestral compositions, a political music organization, an avant-garde folk music project, a jazz band and four successful solo releases.

Let me briefly explain his political views, which greatly influence his lyrical content and musical style. Serj supports social justice, environmentalism and animal and human rights. As an atheist, vegetarian and active protester concerning numerous political issues, he has written many controversial songs with strong social messages and critiques, both for SOAD and throughout his solo career.

His first solo album, “Elect The Dead,” was released in 2007, a year after SOAD was disbanded. Musically, this album represents a transition phase for Serj. From time to time, the sound on this record is similar to that of his previous band; but both musically and lyrically, “Elect the Dead” is more personal and richer. Serj’s experimental approach, his talent as a pianist and his political and humorous lyrics come more to the foreground and make this album very interesting and unique. In its lyrics, it is quite dense and literary, referring to corruption in politics, wars in the Middle East, animal rights and bias in the media. He uses many metaphors and interesting similes, as in the song “Empty Walls.” Lyrically, this album is one of my favorites, but musically, I think it could have been better.

And in 2009, Serj did improve upon his debut album by extending his compositions to adapt them as symphonic pieces, which led to the live album “Elect The Dead Symphony,” recorded with the Oakland Philharmonic Orchestra. In my opinion, this is still one of his most satisfying and complete releases.

Serj’s second release, “Imperfect Harmonies,” is a much more subjective album, in which he manages to free himself from his long-lasting SOAD style and fully express himself. On this record, Serj’s lyrics become much more complicated, full of abstract connotations and complex references, besides the many political terms he chose to use, which makes me think that this album was released more for Serj’s pleasure than the listeners’. Its sound and content are very personal and difficult to follow for a listener not familiar with his work. That is what makes this album fascinating for me, as it is possible to see purely the perception and feelings of the artist, expressed without concern on his part about being understood.

His next record was “Imperfect Remixes,” on which he released remixes of the songs on his previous album — which is really interesting, considering that he re-released his debut LP’s songs, too. I believe he likes to manipulate and recreate his own work. Another noteworthy point about this EP is that he is remixing his compositions in terms of rock music. On his second LP, he got further away from that genre, but with this EP, he revisits his previous style. 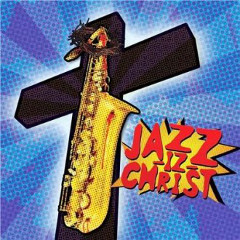 His most recent solo release is entitled “Harakiri.” In this album, he focuses more on environmental issues than political ones. Following upon the very abstract content of his second album, he in my opinion tries here to become more understandable and expresses himself in a slightly more direct way, but unfortunately fails to top his previous releases. His style on this album can be identified as midway between that of “Elect the Dead” and of “Imperfect Harmonies.” Considering the style of his previous EP, it can be argued that with “Harakiri,” he may have been trying to return to his rock-oriented style.

However, his next recording, a collaboration, would be in the opposite direction. “Jazz-iz Christ” is a progressive jazz project. This LP has a very smooth and relaxing mood, and even though it is an easy listening album, it provides many interesting and experimental musical ideas. If you are a fan of this genre, definitely give it a listen.

Due to the length of this review, I have had to postpone Mixtape #3 to next time. See you then, with some ska-rock to dance to.