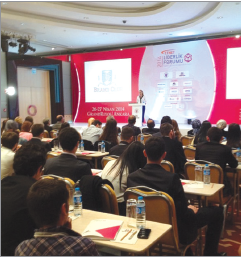 This past weekend, the fifth Leadership Forum took place at the Rixos Grand Hotel. This annual symposium is organized by the Bilkent Brand Club. The 2014 forum, sponsored by TTNET, was held on April 26-27 and had as its theme, “Spend a day with leaders, and spend the rest of your life with their experiences.” As the event was a social responsibility project, no fees were required from the 250 attendees. The main purpose of the forum is to give university students who could not otherwise afford it the opportunity to participate in such an event.

The attendees were selected from among 4,738 applicants from 62 universities who answered a questionnaire at www.liderlikforumu.com. After review of the responses, 250 individuals were invited from Bilkent University as well as from universities all over Turkey.

On April 26 and 27, the attendees gathered in the Rixos **************** Grand Hotel’s large conference room to hear talks by the speakers invited to address the forum. Many of them were the driving forces behind the creation and promotion of well-known brands in Turkey, with many successful career adventures to relate.

The opening speech was given by Bilkent University Dean of Students Kamer Rodoplu. Referring to Bilkent as a brand, given its position in various university rankings, Mr. Rodoplu outlined the universally accepted criteria that lead to an academic institution being considered a successful one. He also noted that Brand Club has created its own brand in only six years, pointing out that although it can be difficult for a student club to remain active over the long term, the Brand Club is well on the way to achieving this.

Following this, the first of the guest speakers addressed the audience. During the rest of that day and the following one, the 250 young leadership candidates were able to listen to many successful and experienced individuals talk about their own lives, careers, failures and achievements, offering insight into what it really means to be a leader. Many of the speakers also offered students valuable advice on how to achieve and remain at the peak in their lives and careers. 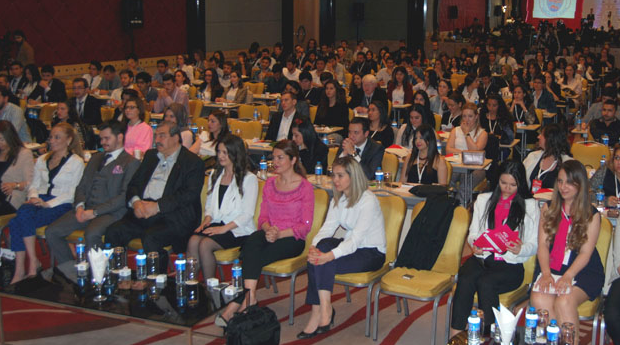