10 March 2014 Comments Off on BELS Plays Basketball in Georgia 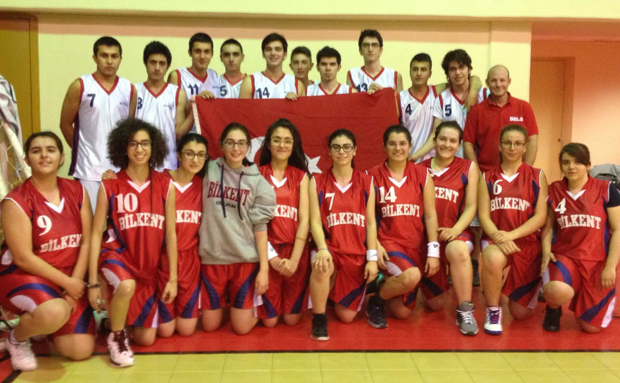 With their coach, the senior boys’ and girls’ basketball teams traveled to Tbilisi, Georgia, to be part of the Silk Road Athletic Association’s annual basketball tournament.  There, they competed against teams from international schools in Azerbaijan and Georgia.

The teams playing in the tournament were made up of students from all over the world, giving BELS students a great opportunity to meet all different types of people. The members of both the boys’ and girls’ teams had an amazing experience, with some of the athletes leaving the country for the first time. The students were able to enjoy the city of Tbilisi as well as play a lot of basketball.

The girls’ team played very hard, going all the way to the championship game and finishing in second place after losing this matchup.  The boys’ team did even better, winning their championship. For all those watching the tournament, the BELS boys were the highlight, with everyone cheering their excellent style of play.  Coach Uriah Goldfinger expressed himself as being very proud of the effort that both teams put forth and, more importantly, the sportsmanship and friendliness they showed toward their opponents.

For the BELS students, one of the memories to take home was hearing people from other schools, like the Baku International School, cheering for them (plus, they learned a few new Turkish cheers!). All of the international interaction was an especially outstanding aspect of the tournament.  Since some students from other schools spoke Azeri Turkish, the BELS athletes were able to converse with them in Turkish.

Having become friends with other athletes from all the different nationalities represented at the tournament, the BELS students are staying in touch with them.  BELS is looking forward to next year’s event, as well as to one day hosting a tournament in Erzurum.