Bilkent a Hub of Activity for Google’s Hash Code Event 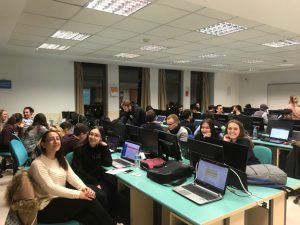 On February 28, 118 programmers converged on the BCC labs to take part in the online qualification round of Google’s Hash Code competition. Bilkent not only served as a “hub” for this year’s competition; when the results were announced the following week after judging by Google engineers, the hub’s top-scoring team turned out to be one made up of students from the Bilkent Department of Computer Engineering.

Hash Code is an annual team-based programming competition organized by Google for students and industry professionals across Europe, the Middle East and Africa. Participants, as teams, try to solve a Google engineering problem.

This year, 6,671 teams participated, many of them at a network of local hubs set up throughout the competition region where teams could come together to compete. The Bilkent hub was organized by Dr. Eray Tüzün of the Department of Computer Engineering and the IEEE Computer Society. 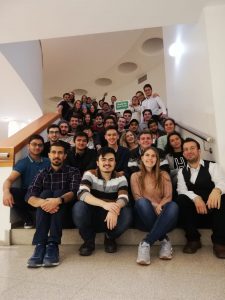 The top three teams from the hub were ZIRLA, ISuppose and Turing. ZIRLA, made up of CS students Enes Keles, Metehan Kaya, Emin Bahadır Tülüce and Hakan Türkmenoğlu, also ranked 12th among the 191 teams competing in Turkey.