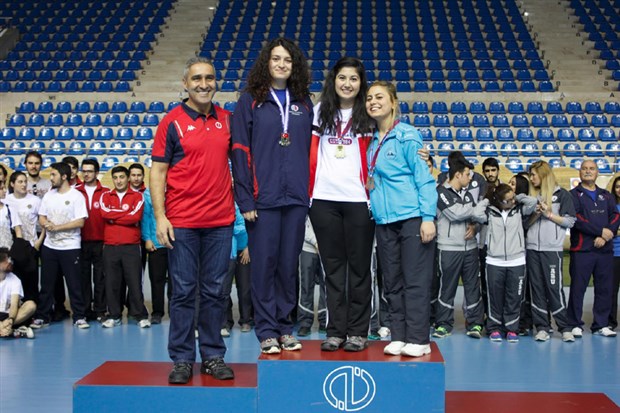 Elif Deniz Haberal (ARCH/II), the only archer to represent Bilkent at the recent national interuniversity indoor archery championship tournament, has done our university proud, coming away with a gold medal and an undefeated record.

The first day of the tournament consisted of training and a technical meeting, where the rules of the competition were reviewed for the participants. The second day began at 8 a.m. with the qualification round. The third day consisted of elimination rounds to determine the medalists.

Elif, who competed in the Olympic women’s category, progressed to the semifinal and final rounds. There too, she won her sets, eliminating her opponents from Erciyes University and Anadolu University without giving away any set points. She finished the tournament undefeated, having shot for a total of 560 points.

“It was a very nice experience for me,” said Elif, speaking after the tournament. “I want to represent my school again in the next few years and bring more medals back to Bilkent.”

Congratulations to Elif for her gold medal performance.