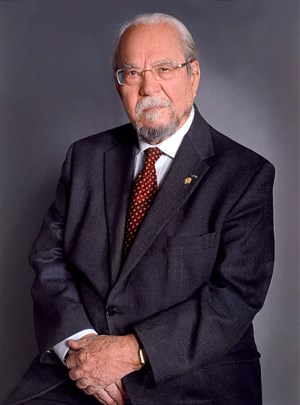 Prof. Halil İnalcık, prominent Ottoman historian and founder of the Department of History at Bilkent, passed away on July 25, 2016, at the age of 100.

A professor of Ottoman history at Bilkent University from 1993 until the time of his death, Prof. İnalcık received his PhD from Ankara University. He went on to teach there for over three decades, following which he joined the faculty of the University of Chicago. Over the years he also held appointments at Columbia University, Princeton University, Harvard University and the University of Pennsylvania.

During his long career, Prof. İnalcık received numerous awards and honors, both in Turkey and from academies and universities abroad. These included 23 honorary doctorates as well as memberships in many academic associations, among them the Turkish Academy of Sciences and academies in the US, the UK, Serbia and Albania.

A prolific writer, he published more than 500 scholarly articles and over 60 books, which have been translated into numerous languages including Arabic, Bulgarian, Croatian, English, Greek, Persian, Polish, Romanian, Russian and Serbian.

Prof. İnalcık was commemorated on July 27 in separate ceremonies at the Ankara University Faculty of Language, History and Geography, and at the Bilkent University Concert Hall. He was subsequently laid to rest in the graveyard of the Fatih Mosque in İstanbul—a fitting tribute to this preeminent scholar of the Ottoman Empire, as the Fatih cemetery is also the final resting place of many well-known figures from the Empire’s history, including Mehmet the Conqueror, his wife Gülbahar Hatun, the Ottoman field marshall and hero of Plevna Gazi Osman Pasha, and the vizier Dinozâde Âbidin Pasha.

As well as his towering international reputation as a researcher and writer in the field of Ottoman history, Prof. İnalcık also had claim to the title 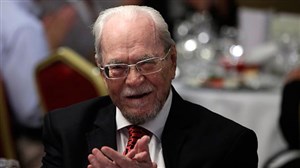 “Hocaların Hocası”: the professors’ professor. He was a devoted teacher, known as a rigorous instructor who brought out students’ best efforts by expecting no less from them. A great many of his students have gone on to distinguished academic careers of their own.

Well into the later years of his long life—which had its beginning in the final years of the Ottoman Empire and continued on into the new millennium—Halil İnalcık remained active and vital. Many will remember him as a dapper figure on campus even in bad weather, when he could be seen in an impeccable overcoat and natty driving cap.

Prof. İnalcık’s presence at Bilkent will be greatly missed. We would like to express our profound condolences to the nation, his family, colleagues, friends, students and the Bilkent community.

You can offer your condolences at http://taziye.bilkent.edu.tr/HalilInalcik/