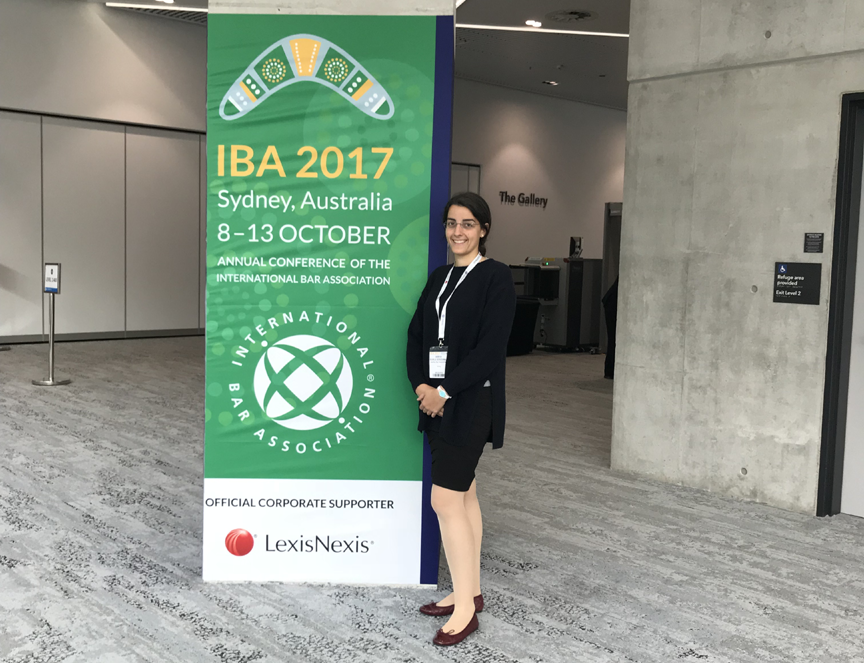 Ms. Durlu Gürzumar received her scholarship from the IBA’s Alternative and New Law Business Structures Committee on the basis of an essay she submitted. The only awardee from Turkey among 23 young attorneys from around the world who received scholarships to attend this year’s conference, she presented her essay, on the topical issue of artificial intelligence, during the meeting.

“From Parchments to Robots: The Impact of Artificial Intelligence on Legal Services” addressed the implications artificial intelligence has (and will have) with respect to the provision of legal services. In her presentation, Ms. Durlu Gürzumar discussed the potential need for a paradigm shift in how legal work is done, as well as the ramifications increased use of AI will have in legal practice. She enumerated some of the likely positive effects of AI, such as efficiency, and also explored a more controversial issue: the potential for automated systems to replace lawyers and legal scholars alike.