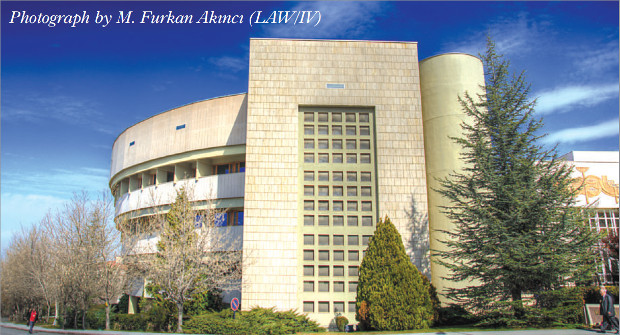 Every year, traditionally in the last week of March, Turkey celebrates the role of libraries and librarians in society, and this year marks the 50th Library Week! Due to the recent municipal elections, however, the 2014 Library Week will take place during the first week of April.

As usual, Bilkent University Library has a number of activities planned. On Tuesday, April 1, there will be a mini-concert in the Main Campus Library Art Gallery at 12:30 p.m., performed by students from FMPA. On Tuesday, April 2 at 12:30 p.m., there will be a group reading activity, on the grass area between Main Library and the Rectorate building. Similar gatherings will take place throughout Turkey at the same time. And on Friday, we will host the prize ceremony for our recent Library Week Photography Competition, at which the rector, Prof. Abdullah Atalar, will award prizes for the three best entries.

The second Lunchtime Lecture for this semester, entitled “A Typical Turkish Leadership Style: Paternalistic Leadership Comparisons Within Turkey and Cross-Nationally,” will take place on Wednesday, April 2 and will be delivered by Prof. Carnot Nelson (Acting Chair, PSY). In his talk, Prof. Nelson will argue that the prevalent style of leadership in Turkey is “paternalistic,” which has been defined as “a hierarchical relationship in which a leader guides professional and personal lives of subordinates in a manner resembling a parent, and in exchange expects loyalty and deference” (Gelfand et al., 2006). Prof. Nelson will begin by discussing this concept, its relation to Turkish culture and its strengths and weaknesses. In cross-national research, countries are typically viewed as homogeneous; however, there are wide variations within countries as a function of many variables. Prof. Nelson will summarize two studies that examine differences in paternalistic leadership and its ramifications within Turkey: one concerning the effect of ownership, and the other looking at blue-collar versus white-collar workers. A third study examines paternalistic leadership from a cross-national perspective, comparing the United States, Turkey and Armenia. The Lecture will be held in the Main Campus Library Art Gallery from 12:40 to 1:30 p.m., and **************** will be given in English. As usual, lunchtime refreshments will be provided.