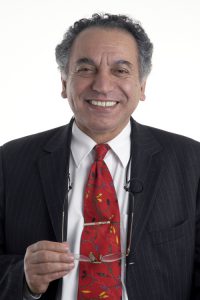 Mustafa Akgül, associate professor in the Department of Computer Technology and Information Systems in the School of Applied Technology and Management, passed away on Wednesday, December 13, 2017.

A respected academician in his field, Dr. Akgül graduated from the Middle East Technical University Department of Civil Engineering in 1970 and obtained his master’s degree from the same university’s Department of Mathematics– Operations Research. He received a PhD in combinatorics and optimization from the University of Waterloo in 1981.

After working at the University of Delaware and North Carolina State University, Dr. Akgül joined the Department of Industrial Engineering at Bilkent University in 1987. He remained a member of the IE department until 2008, when he became a faculty member in the CTIS department.

From the earliest period of the introduction of the internet in Turkey, Dr. Akgül’s efforts were directed toward its establishment, promotion and dissemination in this country. To advance this goal, he configured internet servers, gave lectures, and organized seminars, conferences and campaigns.

In addition to his professional accomplishments and abilities, his personal qualities made him a beloved colleague and mentor. We are deeply saddened by the loss of Dr. Akgül, and wish to extend our condolences to his family, friends and the Bilkent community.

A memorial ceremony for Dr. Akgül will be held on Tuesday, December 19 at 12:40 p.m. in Mithat Çoruh Auditorium.

For all those who wish to send condolences and express their feelings about Dr. Akgül, the virtual condolences book may be found at: http://taziye.bilkent.edu.tr/MustafaAkgul/