Bilkent Researchers Find That Complexity Is Actually Rather Simple 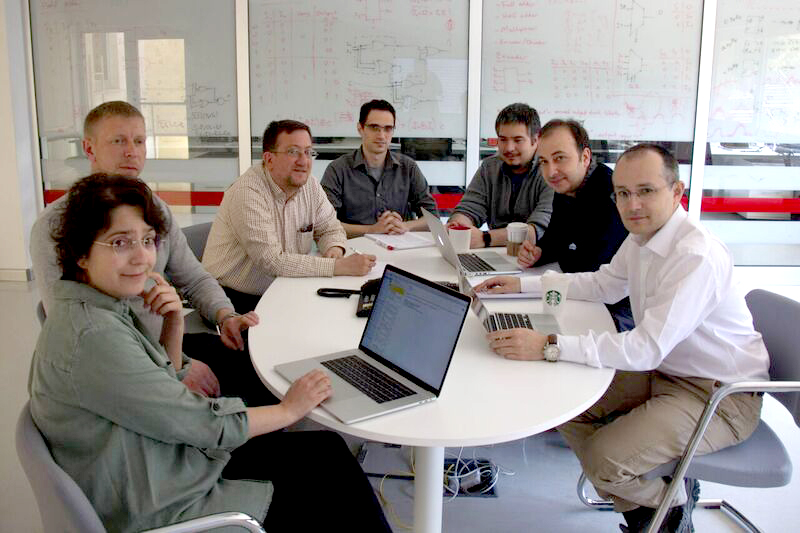 A team of scientists at Bilkent have designed what may well be the simplest experimental system to date to identify the minimum requirements for the emergence of complexity. Their work is reported in the current issue of Nature Communications.

While it is universally recognized that human beings are complex systems, living a complex life in a complex environment, very little is known about how complexity emerges and how it can be controlled. Much of scientists’ understanding of this matter comes from model systems such as cellular automata, which are so artificial that they have little relevance to actual physical systems. In contrast, real-life systems are so complicated that it is difficult to pinpoint the essential factors for the emergence of complex dynamics.

The work done by the Bilkent researchers has revealed that simply shining a laser onto a colloidal solution is enough to observe a very rich set of complex behaviors, showing that particles can form autocatalytic aggregates that can self-regulate, self-heal, self-replicate and migrate. Quite similar to living organisms, these aggregates can also take very many different forms (patterns); these forms then compete for limited resources, which process often ends with the survival of the fittest and the “death” of less successful competitors.

Dr. Serim İlday of the Department of Physics, who is the lead author of the paper, explained the background of the study in this way: “Nature is the ultimate source of complexity, and we know that nature does not micromanage complexity. Nature sets the rules and lets the dynamics of the system handle the rest of the details. We wanted to adopt this perspective and set two general, simple rules for the system to obey: convective forces created by the laser will promote formation and growth of the aggregates, and the inherent strong Brownian motion [random motion of particles in a fluid] of the particles will work against it. The rest is orchestrated by controlling these positive and negative feedback mechanisms using only two parameters: laser power and beam position.”

Earlier attempts to identify the fundamental mechanisms of complexity’s emergence were not fully successful since they depended heavily on complicated mechanisms that required near-absolute control over a complex system. “That’s precisely why we avoided using functionalized particles or specific chemical, magnetic, optical or electrical interactions,” noted Assoc. Prof. F. Ömer İlday, a coauthor of the paper and member of the Electrical and Electronics Engineering and Physics departments.

The system works in a roughly similar way to a steam engine. The laser creates a hot spot, while the rest of the system is cold. A convection from hot to cold forms, which carries the particles around. When the laser is turned off, the convection stops and the particles scatter due to thermal noise or Brownian motion. “Using noise as a tool to control complex behaviors was an unconventional approach,” declared Prof. İlday. “Randomness is the antithesis of control for manmade systems; engineers work hard to suppress it. It is the opposite for biological systems; life thrives with and within fluctuations. At any rate, avoiding fluctuations is simply not feasible at very small scales.”

Another coauthor, Physics department head Prof. Oğuz Gülseren, added, “Owing to strong fluctuations, we have record-fast kinetics; everything happens in seconds. This allows us to explore an orders-of-magnitude larger portion of the phase space, which is crucial for demonstrating richer dynamics.”

In that it is simple and largely independent of the type, shape or size of the material being used, the work has great potential to impact a large variety of research fields, ranging from active matter to non-equilibrium statistical physics, and beyond that to supramolecular or systems chemistry.

As Prof. İlday observed, “Since water doesn’t care about what it is carrying, the methodology can be applied in principle to many different types of materials, nonliving and living alike. As a matter of fact,” he continued, referring to a follow-up study the team is working on, “we have already started to show evolution!”

Other authors of the paper are Ghaith Makey, Gürsoy B. Akgüç, Îzgün Yavuz, Onur Tokel and Ihor Pavlov, all at Bilkent. The work was supported in part by the European Research Council (Consolidator Grant ERC-617521 NLL) and TÜBİTAK (Project 115F110).