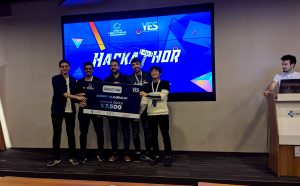 Students from all around Turkey participated in the hackathon, which took place at Cyberpark and lasted from 8 a.m. on November 30 to 8 p.m. on December 1.

On the front end, they had an interactive SPA dashboard using React and Redux, while on the machine learning side, they trained various models until they reached an accuracy of up to 99.5 percent on attack variants like SQLi and XSS, using Scipy Kit and NLTK. By the end of the hackathon, the team had a fully working prototype that they presented in detail to the eight jury members.